American Dream mall opens in the Meadowlands, along with Nickelodeon theme park 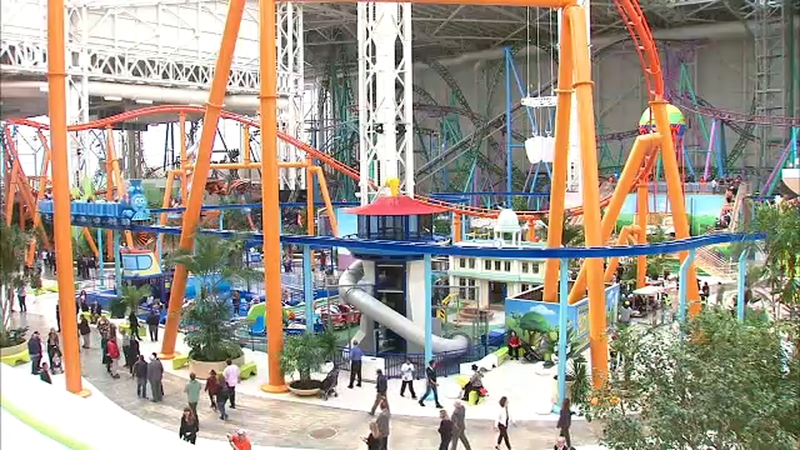 American Dream mall opens in the Meadowlands, along with Nickelodeon theme park

EAST RUTHERFORD, New Jersey (WABC) -- A dream becomes a reality on Friday. The American Dream mall in the Meadowlands finally opened its doors to the public.

The massive retail and entertainment complex will be one of the largest malls in the United States.

It's a multi-billion dollar project, spanning millions of square feet.

Friday's opening has been a long time coming, and it's only the first phase of the shopping center's big debut.

American Dream is opening despite the fact that much of it is still a construction zone, and many of the high-end stores and restaurants will not be open.

But there is a giant kid-friendly amusement park opening that developers hope you'll check out.

Parking is free for this opening weekend, but then you'll have to pay.

Starting at $3 for the first three hours, the fees then escalate to a maximum of $24 if you stay for eight hours or more. On game days at Met Life Stadium parking rates go up to $30.

"Everywhere in Jersey, you don't pay for parking, that's a little odd. I didn't realize they were going to be doing that," a resident said. "I don't know you're going to have to take an Uber or something. Uber your family to the mall."

There is an NJ Transit express bus from Port Authority and Secaucus that starts Friday.