The Crawfords made headlines after they let their children, including their son Rainier, 6, run the Flying Pig Marathon.
ABCNews
By Yi-Jin Yu via GMA 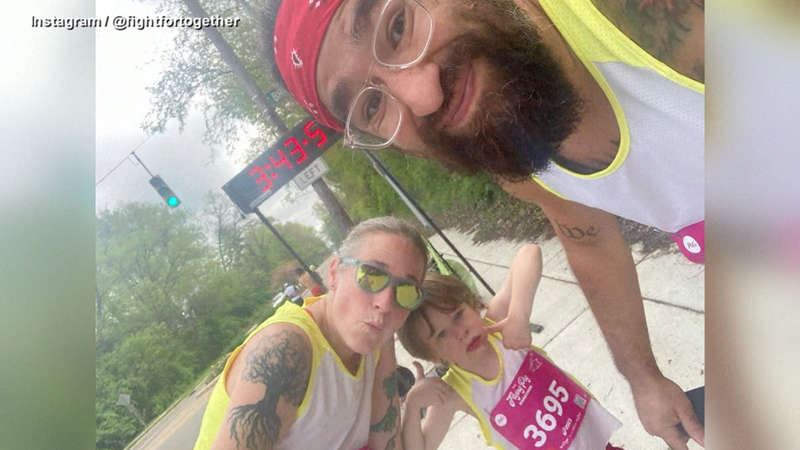 CINCINNATI, Ohio -- The parents of a 6-year-old marathoner are speaking out after they say child protective services paid their family an unannounced visit and questioned their children at home.

Ben and Kami Crawford shared a photo on Instagram Sunday purportedly of one of their children being interviewed by a CPS staffer. In the accompanying caption, they wrote in part, "Yesterday Child Protective Services (CPS) arrived at our home unannounced and interviewed our children, parents & grandmother. This is a scary process because usually children are interrogated away from parents, against their will, and their answers determine the agency's legal right to take away the kids."

The Crawfords made headlines last week after they let their children, including their son Rainier, 6, run the Flying Pig Marathon in Cincinnati on May 1 and shared it online. Their May 3 Instagram post in particular sparked outcry from social media users, with some critics going so far as to accuse the Crawfords of child abuse.

The parents of Rainier Crawford, 6, are receiving criticism on social media for having him run a full 26.2-mile marathon alongside them.

Campbell County, Kentucky, District Attorney Steve Franzen confirmed to "Good Morning America" that child services had visited the Crawfords, but said no determination had been made yet in the investigation.

"The real stuff that we got accused of was dragging Rainier, like physically dragging him on the marathon course after mile 13 and across the finish line," Ben Crawford said.

"If you guys have seen our finish line picture, we all held hands for like the last probably, like, .2, .3 miles," he added. "We talked about it ahead of time, like that's what we're going to do."

I don't know who needs to hear this but a six year old cannot fathom what a marathon will do to them physically. A six year old does not understand what embracing misery is. A six year who is "struggling physically" does not realize they have the right to stop and should.

The Crawfords maintain their 6-year-old wanted to run all along and stand by their decision to let the young boy run 26.2 miles.

"I don't know if I should be angry. I like to believe that people are doing the best that they can. They're not trying to ruin our life or, you know, they probably are legit afraid for our kids. But also, it's like, where's the line?" Ben Crawford asked.

"I feel like we're doing what we feel passionate about," Kami Crawford said. "It would be kind of tragic to stop all that."

Experts say a marathon is a serious physical feat for anyone and it can take a toll on a child.

"If a young child were to run a marathon, I'm worried about electrolyte abnormalities, nausea, vomiting, heatstroke, all these signs and symptoms that may not be that clear in a young child," Dr. Alok Patel previously told "GMA."