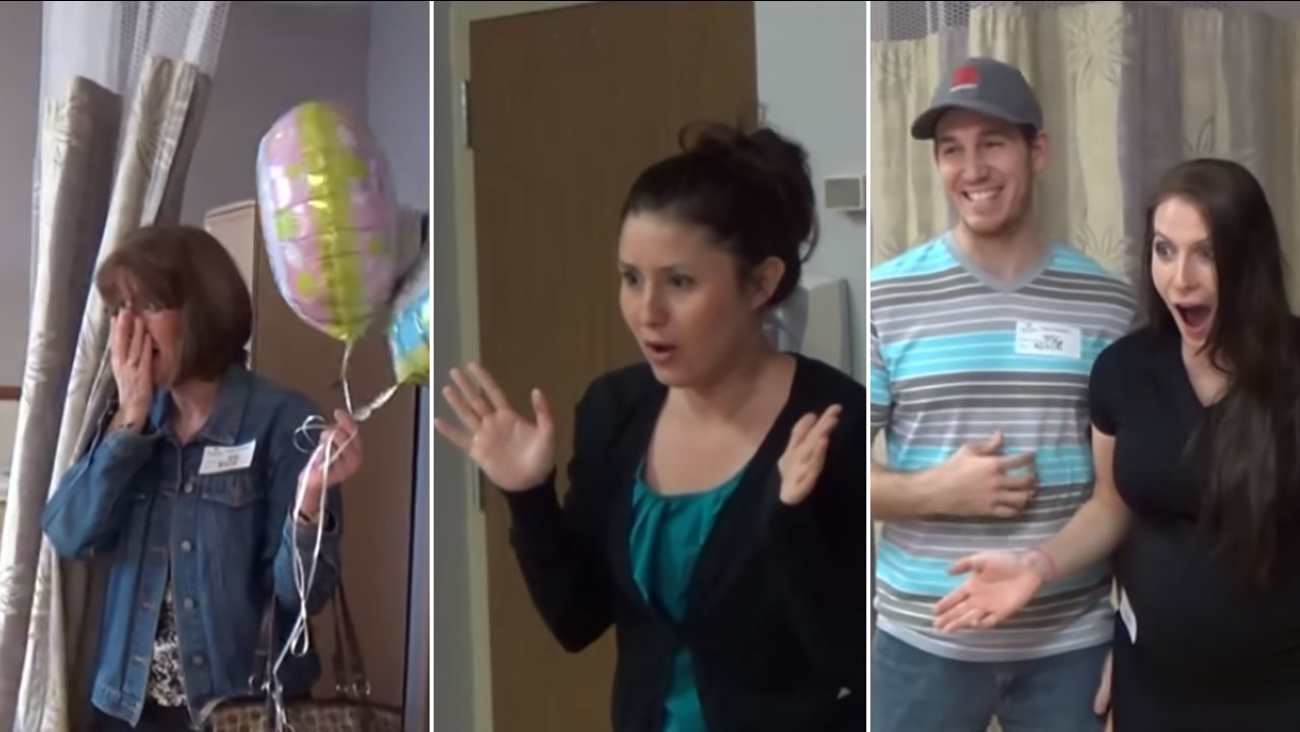 WABC
Not revealing a baby's gender until birth is not uncommon with expectant parents these days, but one couple decided to go one step further by keeping it a secret that they were actually expecting twins!

Sharon and Korey Rademacher decided to keep their twin news a secret almost as soon as they found out.

"As soon as my wife and I picked our jaws up off the floor, the doctor walked out. Within a minute of the doctor walking out, my wife said 'Let's not tell anyone,'" Korey told ABC News.

Instead, the Florida couple decided to ask their loved ones to predict whether they would have a boy or girl. As they entered Sharon's hospital room excited to see if they had correctly guessed the gender, they were shocked to see her holding two babies in her arms, Maryann Grace and Brianna Faith. 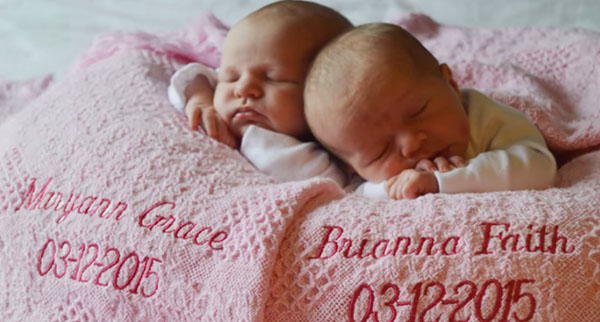 "Oh my gosh," one friends says as she realized what she was seeing. "Are you kidding me?"

The couple even kept the secret from Korey's parents in Michigan. The video shows them sitting on a couch with their eyes closed as Korey and Sharon place a baby in each of their arms.

"It was shocking," Jean Said Rademacher told ABC. "My mind was scrambled. I couldn't think at first."

Jean told ABC they had only seen Sharon at the beginning of the pregnancy, so she never considered that she might be having twins.

Korey told ABC back when the girls were about a month old that they were doing well and they could not believe that their video has reached so many people. Brianna Faith and Maryann Grace are now 4 months old and the video from their birth has over 15 million views on YouTube.