7 On Your Side Investigates: Whistleblower says NJ Transit ignored warnings about staffing shortages 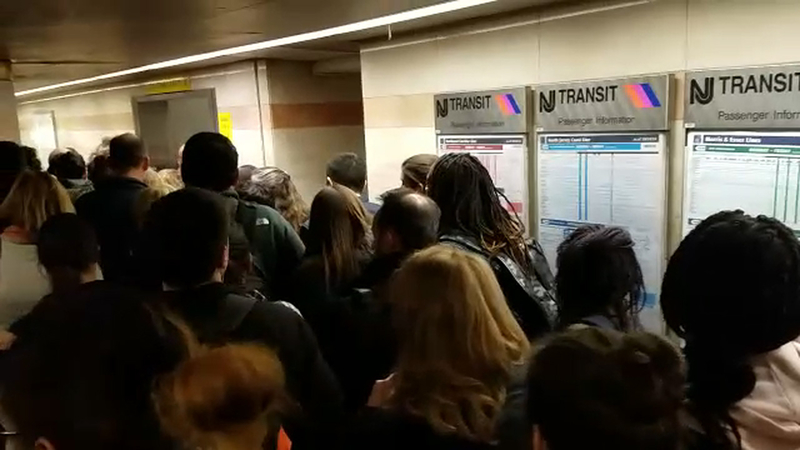 Thousands of people crammed onto platforms and trains, soul crushing commutes caused by a shortage of engineers. Initially, NJ Transit executives blamed engineers for calling in sick. But then a whistleblower came forward to 7 On Your Side Investigates.

"I don't fault the engineers at all," said Todd Barretta, a fired New Jersey Transit compliance officer. "I fault management of New Jersey Transit. This is certainly not some nuance. It's a complete failure to plan."

Back in 2017, he says he tried repeatedly to warn the agency about a staffing crunch. And internal documents we've obtained seem to back up the Barretta's claims that executives knew they had a staffing crisis that would only get worse as the railroad prepared for the installation of Positive Train Control.

Nearly two years ago, an internal memo concluded "a lack of staff on hand to begin PTC training." Another memo warned about "a shortage of engineers" and even concluded that "most departments are consistently understaffed."

"I know they knew about it for at least the preceding three years," Barretta said. "It's come up repeatedly in almost every internal audit about staffing shortages."

Barretta said NJ Transit refused to acknowledge the problem, taking a public position that the railroad was adequately staffed.
"The official position of New Jersey Transit was that they were fully and adequately, sufficiently staffed," he said. "But everyone knew that was not the case."

Barretta says when he was at New Jersey Transit in 2017, the roster of engineers was dangerously low.

"There are so many vacancies in engineering that engineers frequently must work on their rest day in order to have normal service," he said.

Barretta claims that six months into his job as compliance officer, he was fired for using a company car for personal errands. But Barretta claims it was retaliation, and he says he feels vindicated by NJ Transit's recent acknowledgement of the engineering shortage and the agency's stepped up recruiting and training of new engineers.

New Jersey Transit would not respond specifically to claims made by Barretta because of ongoing litigation, but the agency says under new Executive Director Kevin Corbett the railroad has more than doubled engineering training classes.

A New Jersey Transit spokesperson said a class of 64 engineers will complete training next month, with another class of 24 set to begin in December.

Under Governor Chris Christie, NJ Transit's budget was cut more than $1 billion, which impacted recruiting and training. Under Governor Phil Murphy, NJ Transit has nearly doubled the number of engineer training classes to four per year .