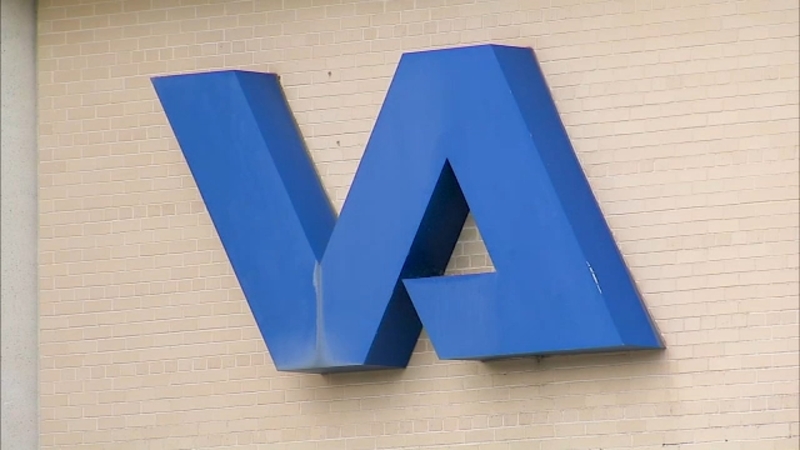 NEW YORK (WABC) -- New York state leads the country in deaths at hospitals run by the Veterans Health Administration, the nation's largest healthcare network, according to data from the U.S. Department of Veterans Affairs.

New Jersey followed New York with the second-highest number of deaths nationwide, followed by Louisiana and Michigan, according to that data.

Between Wednesday and Thursday, 7 On Your Side Investigates analysis of confirmed coronavirus cases at VA hospitals throughout the Tri-State region revealed doctors had diagnosed about 106 new veterans with the virus and 14 had died.

Nationally, VA hospitals had reported 6,115 confirmed cases of coronavirus and 391 deaths as of late Thursday morning.

Willie Campbell, an Army veteran in New Jersey, is among the individuals fighting for his life in a VA hospital. His family said he was at the facility in East Orange, where 356 patients had died and 42 patients had been diagnosed with COVID-19.

"I am fearful my father is going to die, and my father is all we have right now," daughter Jacqueline Dobbs sad. "If he dies, it's like we're dying. And it's out of our hands because we can't even see him."

Campbell's family said they had to push for Campbell to be admitted into the VA hospital, which had recently sent him to a nursing home, where the family said he contracted coronavirus.

"I want to know, will the VA fight for his life?" Campbell's granddaughter Shanika McNair said. "The VA stated they didn't want him back there. People who have served this country deserve a little bit more when it comes to healthcare."

"I saw him Tuesday getting in the ambulance, and I followed it to the VA," Dobbs said. "And that is the last time I saw my father."

Their experience speaks to concerns veterans advocates have expressed about the number of deaths reported by the VA.

While the numbers only represent a fraction of the estimated hospital deaths nationwide, advocates worry the data doesn't present a complete picture of the number of veterans lost to coronavirus or the efforts the VA has taken to protect veterans during the pandemic.

"We feel that is the tip of the iceberg honestly," said James Fitzgerald, deputy director of the NYC Veterans Alliance. "I am quite concerned about the numbers we've seen historically when it comes to the VA turning away patients in order to have a lesser number of impacted personal."

Healthcare workers have also complained the VA has not done enough to prevent the virus from spreading to them or other individuals in the healthcare system.

"A lot of them aren't getting the protective equipment that they need," said Vincent Castellano, senior national vice president of the American Federation of Government Employees. "And it's not only protective equipment. In some cases, they haven't been properly trained to do certain jobs within the organization."

In a statement addressing the VA's response to the pandemic, VA Secretary Robert Wilkie said, "VA has a world-class medical team doing incredible work on the frontlines of this fight. We will continue to share best practices and lessons learned with other government agencies and the private health care system as appropriate so we can defeat COVID-19 as a nation."

"All VA facilities are equipped with essential items and supplies," Noel wrote in a statement. "We are continually monitoring the status of those items to ensure a robust supply chain. VA facilities are using PPE in accordance with CDC guidelines."

7 On Your Side Investigates could not directly compare the number of coronavirus cases and deaths at VA hospitals to other area hospitals outside the VA system because that information is not widely available.