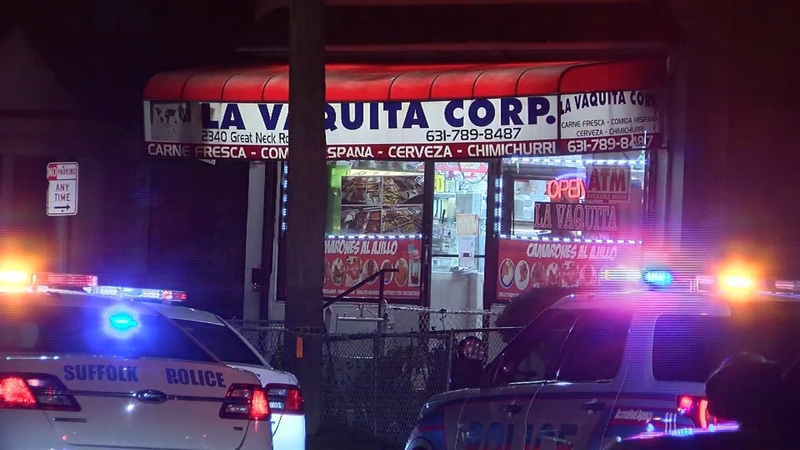 COPIAGUE, Long Island (WABC) -- Police have made an arrest in a shooting at a Long Island deli that left two people dead and two others injured.

At least four people were shot when a gunman opened fire in Brooklyn Saturday.

When officers arrived at the scene, they found four men had been shot inside the deli.

One man, identified as 47-year-old Manuel Cruz-Hernandez, was pronounced dead at the scene. The owner of the deli, 61-year-old Bolivar Rodriguez, of Amityville, was rushed to the hospital, where he died Monday.

There is no word on what led up to the shooting, but 62-year-old Dionicio Calderon-Oseguera has been charged with one count of second-degree murder and three counts of second-degree attempted murder -- though one charge will be upgraded in light of Rodriguez's death.

Anyone with additional information is asked to contact Crime Stoppers at 1-800-220-TIPS.

An innocent bystander was injured in a double shooting while he was delivering food and became caught in gunfire.