Jury deliberations begin in Aaron Hernandez trial; defense admits he was at scene of murder 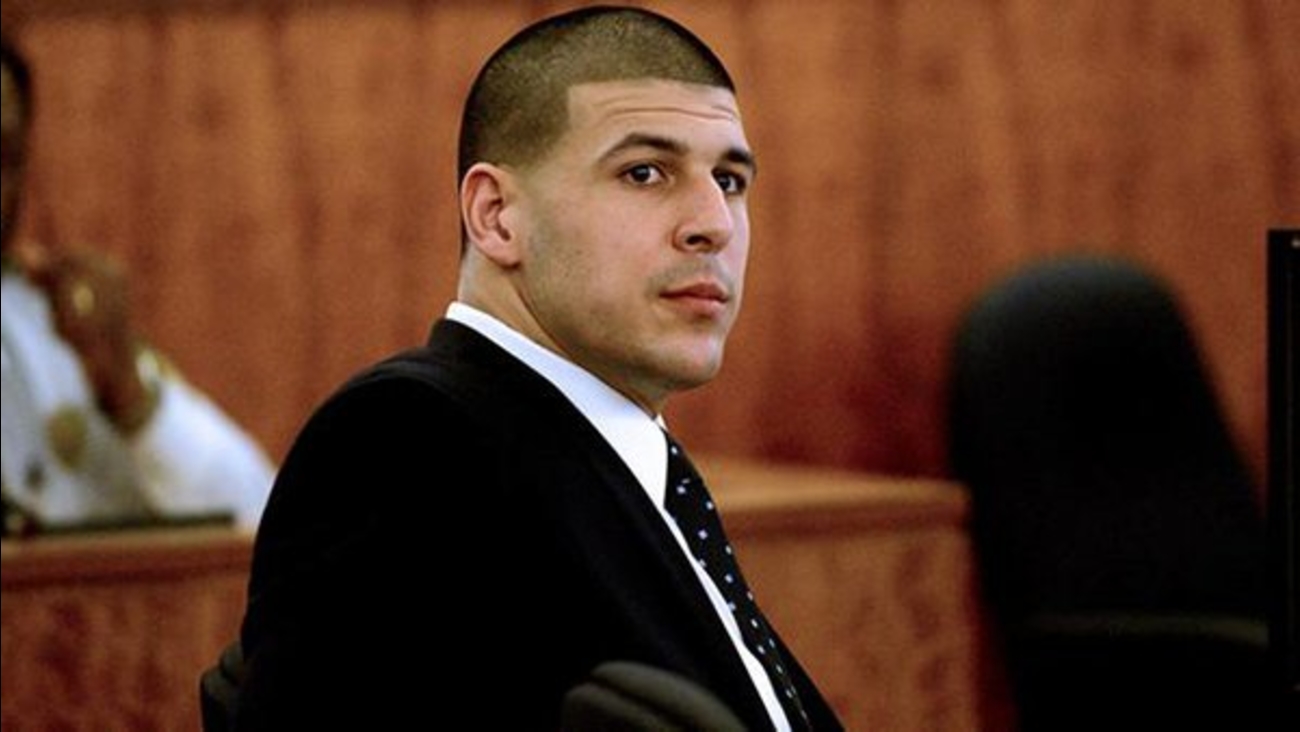 FALL RIVER, Mass. -- Jurors began deliberating Tuesday in the murder trial of former New England Patriots player Aaron Hernandez after his lawyer acknowledged for the first time that his client was at the scene of the killing and saw it happen but described him as a kid who simply did not know what to do.

"Did he make all the right decisions? No," lawyer James Sultan said during his closing arguments. "He was a 23-year-old kid who witnessed something, a shocking killing, committed by someone he knew. He didn't know what to do, so he just put one foot in front of the other."

Hernandez is charged in the June 17, 2013, death of Odin Lloyd, 27, who was dating the sister of Hernandez's fiancee. Lloyd was shot six times in an industrial park less than a mile from Hernandez's home. At the time, the star tight end had a $40 million contract with the Patriots.

Sultan pinned the killing on Hernandez's co-defendants, his friends Ernest Wallace and Carlos Ortiz. Both men have pleaded not guilty and will be tried later.

But Assistant District Attorney William McCauley told jurors the evidence showed that Hernandez was the gunman, that he had a plan to kill Lloyd and that he drove Lloyd to his death in a deserted place in an undeveloped part of the industrial park.

"Ask yourself what was the purpose in driving to that spot at that time?" McCauley asked. "He was driving. He's the one who veered off the course to go down. There was no other purpose to go down there."

He said Hernandez's behavior after the crime also showed that he was involved. He cited evidence that Hernandez had rented a car for Wallace and directed his fiancee to give the two men $500 to flee, as well as surveillance video from inside Hernandez's home that showed him hanging out with them a few hours after Lloyd was killed - even trusting Wallace enough to let him hold his 8-month-old daughter.

"He's laying around the pool, soaking up the sun, drinking up smoothies with his two confederates," McCauley told jurors.

The trial featured testimony from 135 witnesses - 132 of them called by the prosecution - as well as hundreds of pieces of evidence. Surveillance videos, cellphone records and witnesses accounts indicated that Hernandez was with Lloyd at the time of the killing, after driving to Boston to get him with Ortiz and Wallace. Lloyd's cell phone pinged several cell towers on the way out of Boston before stopping for good at the industrial park in North Attleborough.

Legal analysts said the defense apparently made the calculation that the circumstantial evidence was so overwhelming that Hernandez was there, it would have looked foolish not to acknowledge it.

"The defense made the strategic decision that conceding that point was a good tactical decision, and perhaps a way to gain some credibility with the jury," said Christopher Dearborn, a professor at Suffolk University Law School.

In his closing argument, Sultan asked jurors to forget what they have heard about Hernandez in the media and outside the courtroom. Hernandez also faces murder charges in Boston, where he is accused of gunning down two men he believed disrespected him at a nightclub in 2012. Evidence about that killing was not allowed into the Lloyd trial.

He pointed out that prosecutors never presented a clear motive for why Hernandez would kill Lloyd, saying they were friends and future brothers-in-law and that there was no evidence he would have wanted Lloyd dead.

"You didn't hear because it doesn't exist," Sultan said. "Does the prosecution expect you to fill in that gaping hole in its case with guesswork, speculation?"

Prosecutors have said Hernandez appeared angry at Lloyd while they were at a nightclub two nights before the killing, and he left the club to retrieve a gun from his car. But they never gave an explanation to jurors for why he may have been angry.

Superior Court Judge Susan Garsh told jurors that prosecutors are not required to prove a motive.

Sultan also said investigators unfairly fixated on his client, presuming his guilt and finding what they could to support that theory.

Dearborn said that even with Sultan's admission that Hernandez was there, the case is still not a slam dunk for prosecutors.

"No confession, no eyewitness, no murder weapon and no motive," he said. "They tried to manufacture a really vague motive that doesn't really ring true. They tried to make it about his general volatility."