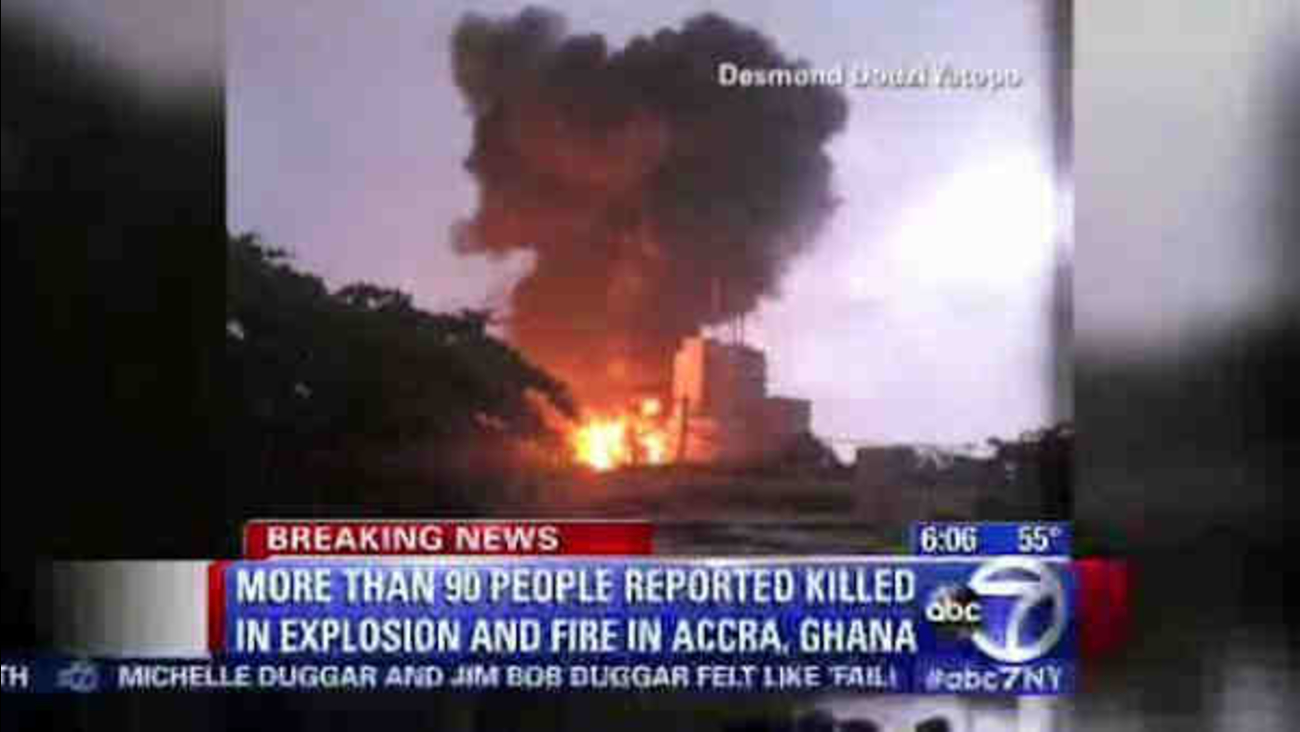 The explosion took place as dozens sought shelter in gas station and nearby shops in central Accra to escape the torrential rains and charred bodies were left scattered through the whole site.

The flooding "caused the diesel and petrol to flow away from the gas station and a fire from a nearby house led to the explosion," said Billy Anaglate spokesman for Ghana's national fire service.

Thursday morning crews were still collecting bodies and officials at the nearby 37 Military Hospital said its morgue had reached capacity.

"Many people took shelter under a shed at the station during a severe rain across the country and got trapped when the explosion happened," Michael Plange, who lives a few blocks away, told The Associated Press.

President John Dramani Mahama visited the scene on Thursday, calling the death toll "catastrophic" and offering condolences to families of the victims.

"Steps will be taken to ensure that disastrous floods and their attendant deaths do not occur again," he said.

The death toll was preliminary and could rise, Anaglate said.

"We are still trying to salvage the site of the accident before we can come out with an accurate figure," Anaglate told journalists.

Graphic footage aired on national television early Thursday showed corpses being piled into the back of a pickup truck and other charred bodies trapped amid the debris. Neighboring buildings that had caught fire burned into the night as floodwaters around the site hampered recovery efforts.