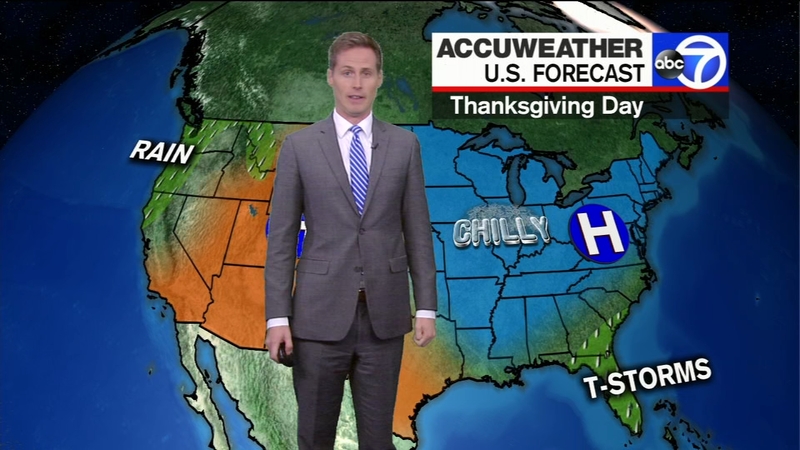 Tuesday and Wednesday are some of the busiest travel days of the year, and the good news is that there will only be a few weather problem spots across the country.

In the Tri-State area, expect no weather worries through the daylight hours of Tuesday, but some rain will move in after midnight Tuesday night into Wednesday morning. That wet weather will exit by midday Wednesday, giving way to sunshine in the afternoon. There could be some minor delays early in the morning Wednesday, but it will be smooth sailing as the weather improves into the afternoon.

Your Accuweather forecast for travel on Tuesday.

Nationwide, the travel trouble spots on Tuesday will be in the Pacific Northwest and the northern Great Lakes. A series of storms will batter parts of Washington and Oregon, bringing very heavy rain (mountain snow) and high winds. This will likely lead to delays at hubs such as Seattle and Portland, which of course can have a ripple effect at other airports across the country. Meanwhile, heavy lake-effect snow squalls will impact travel in northern Michigan and extreme northeastern parts of Wisconsin. Expect slippery roads and low visibility for a time in those areas.

On Wednesday, the rough weather will continue over the Pacific Northwest, even extending into northern coastal California as storms continue to move onshore with rain and wind. Again, expect delays at airports and even on roads as heavy rain creates localized flooding and strong winds knock down tree branches. Another area of concern will be over parts of North Dakota and Minnesota as a period of wintry mix could break out, causing slippery travel and some delays. Also, the rain that will affect us in New York City Wednesday morning and will continue well into the afternoon across eastern New England, causing some delays. Finally, across parts of the southeast, especially Florida, expect some showers both Tuesday and Wednesday.

On Thanksgiving, expect the storminess to continue in the Pacific Northwest while showers and thunderstorms affect parts of the southeast. The rest of the country looks quiet on Thursday with chilly temperatures across the east and warm conditions out west.