Did Snapchat play role in deaths of 3 young women?

An Action News exclusive investigation examines a popular smart phone app that may have played a role in a deadly car crash.

PHILADELPHIA -- An exclusive investigation by sister station Action News in Philadelphia examines a popular smart phone app that may have played a role in a deadly car crash.

It's called Snapchat, and the victim's families say it was being used the night three young lives ended in December in a fiery Philadelphia car crash.

Most people know Snapchat as the app that allows users to send their friends pictures, videos, or texts that disappear within seconds. But a triple fatal accident on Torresdale Avenue raises questions about whether it has another feature that could encourage youngsters to speed.

"A witness on the scene said he could hear people screaming from inside the car, but he couldn't get to the vehicle due to the flames," Philadelphia Police Capt. Anthony Ginaldi told Action News.

Inside that car were the driver, Amonie Barton, and her friends, Gia Scavo Abgarian and Candice Walker. All in their early 20s, and all possibly burned alive.

But what prompted the driver to apparently break the speed limits? New evidence uncovered by Action News points to the possibility an app exploding in popularity may have played a role.

"She was a big fan of Snapchat. She would go on and check in from where she was at," said Jimmy Abgarian, Gia's uncle.

And then there was what may have been the final snap.

"Then allegedly showed them in a car, holding up how fast they were going," said Jimmy Abgarian. "I believe the mileage was about 73, they said, and could've gotten more."

The girls, we're told, were "Snapping" their speed. The miles per hour feature, included on the Snapchat app, allows users to post videos, in some cases showing their dangerous pace.

We found others on YouTube also using the filter to brag about their speed, including one Snapchat user posting a speed of nearly 106 miles per hour and a motorcycle's Snapchat speed showing 57 miles per hour.

Students at Temple University also told us they used the miles per hour filter in innocent ways, but have also seen it used in potentially dangerous Snapchat speeding.

"One time I saw like 120 miles per hour," said Ryan Jiang from Atlantic City, New Jersey.

"You want to see how fast you can get, so when you get to open lanes, you just kick it," said Shawn Bradley from Burlington, New Jersey.

And Jackie DiGiulio from Northeast Philadelphia agreed, saying, "People go 100 down the Schuylkill, 80 down Roosevelt Boulevard."

Here's how it works: Users can record video from inside the app; one filter records speed. The problem is that because "snaps" automatically disappear, there is no way for the family to prove what Gia sent. Her phone was destroyed in the fire.

"The speed was on the phone from the app," he said.

"I think it's really horrible. I think that's horrible that there is something out there to tell them 'Hey go faster,' " says Ethe Hill, Amonie Barton's mother.

Barton left behind two young sons and a devastated family.

Police are still trying to determine whether the app played a role in the accident. If it did, Barton's mom says she has very strong feelings.

"If that happened, it helped to kill my daughter," Hill said.

Action News reached out to Snapchat multiple times for comment. They said they wouldn't share a statement, but said they take distracted driving seriously. The first time someone uses the MPH feature, a message pops up warning not to snap and drive. 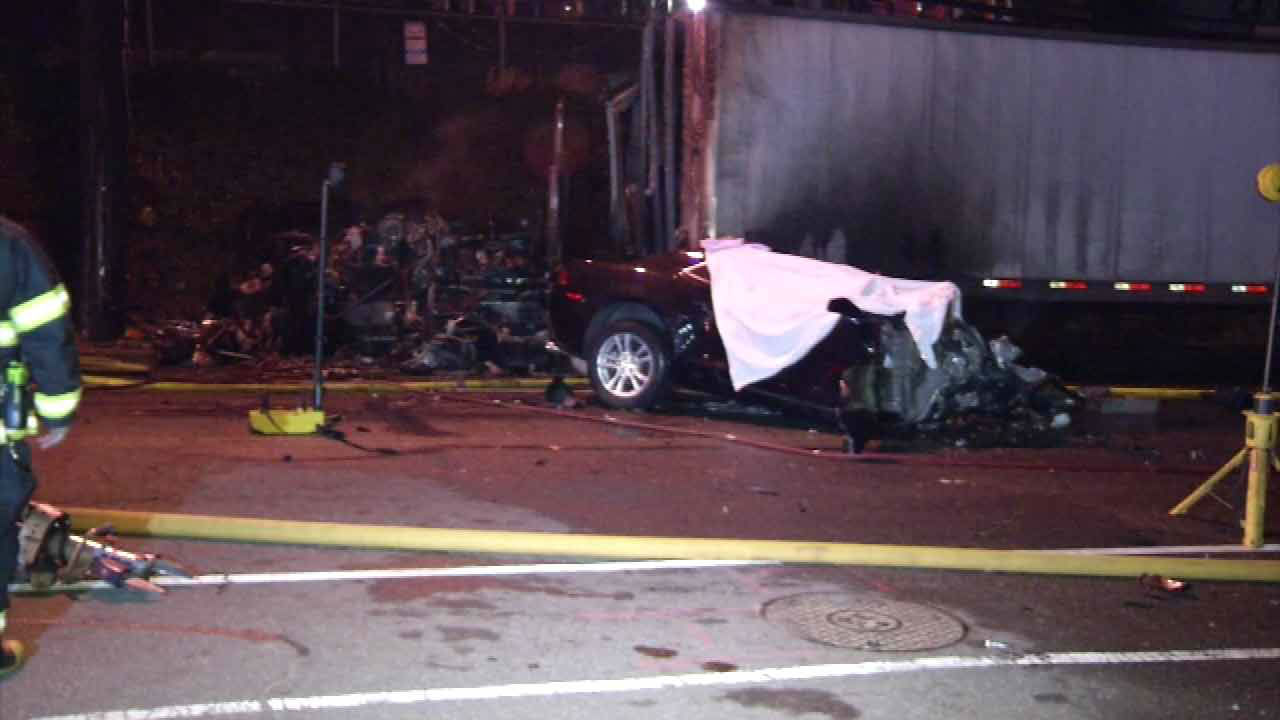 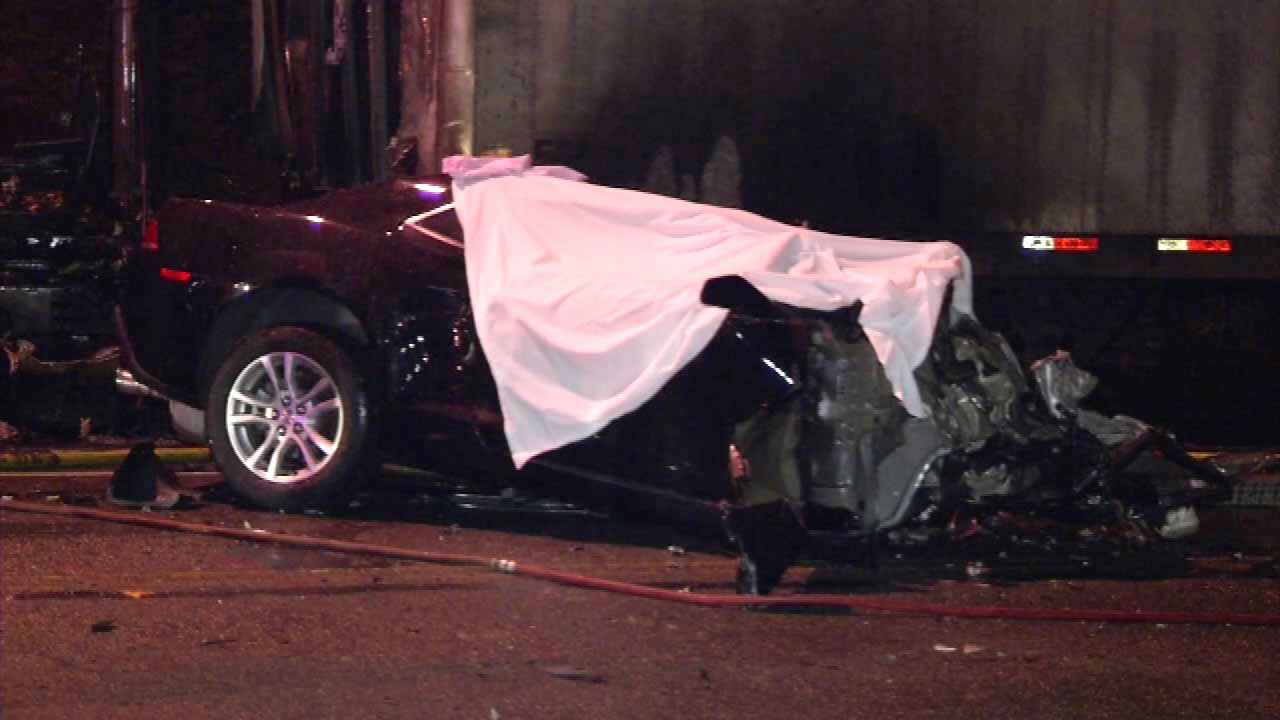 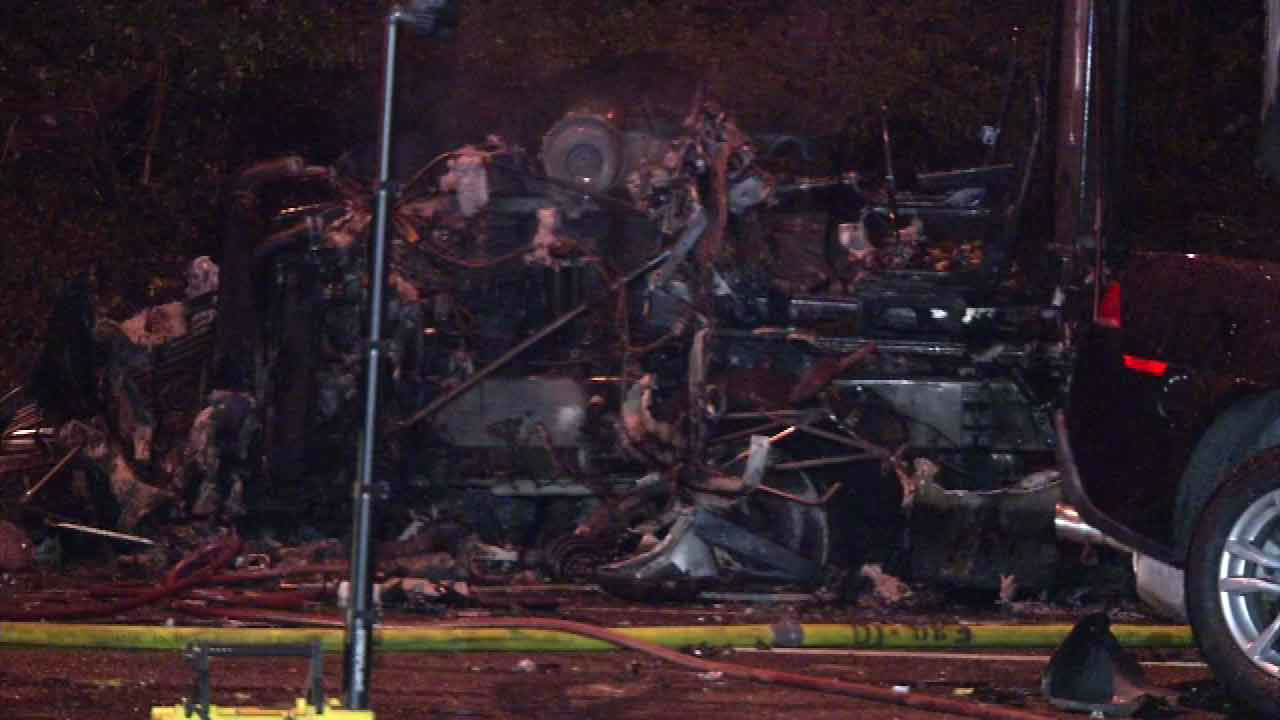 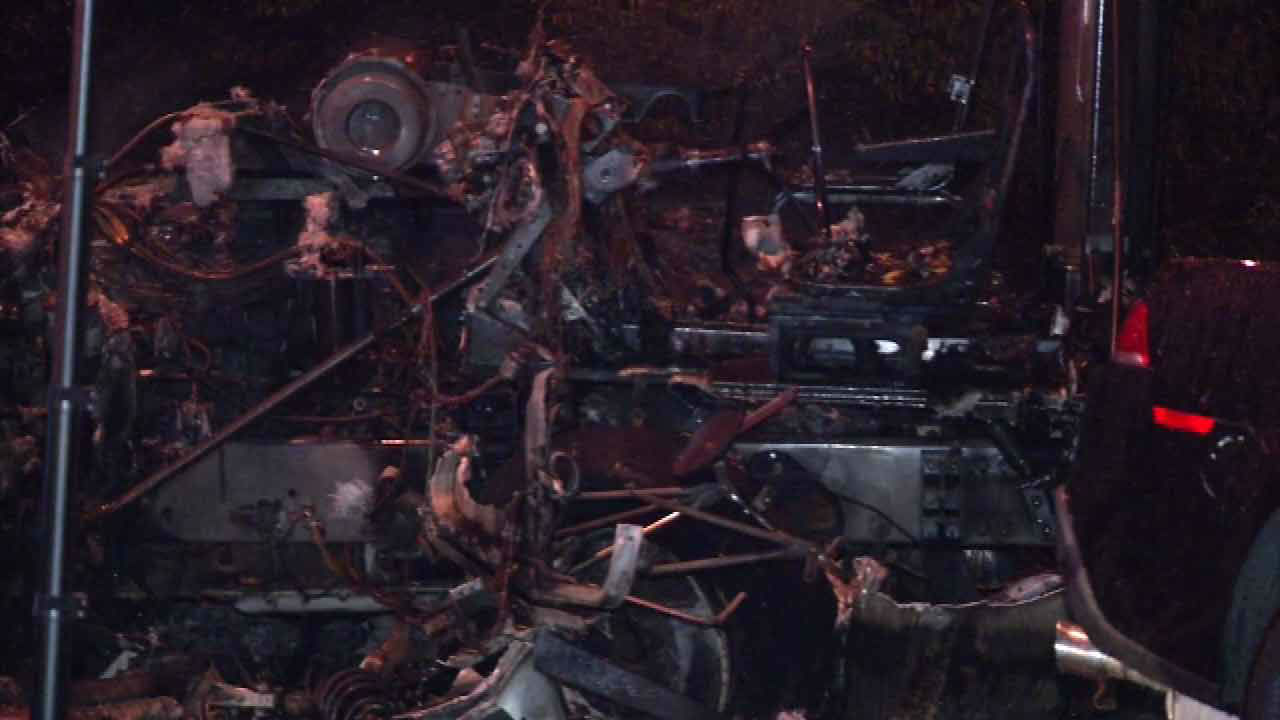 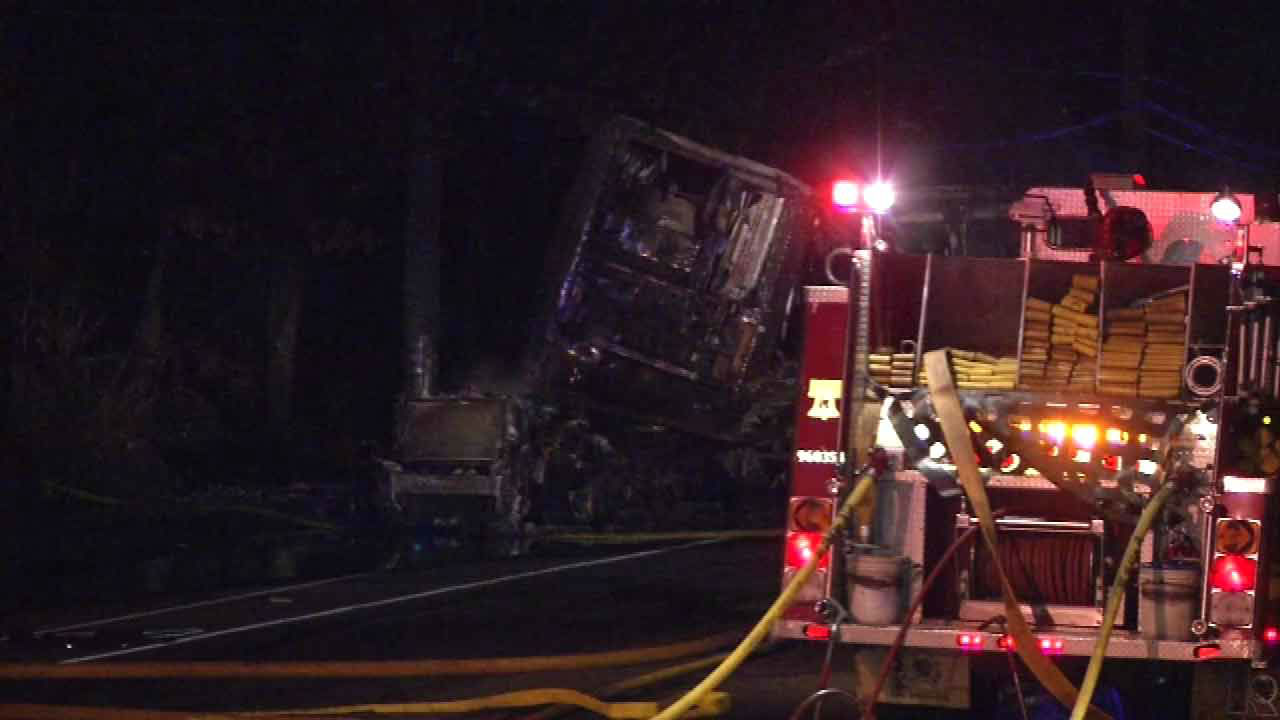 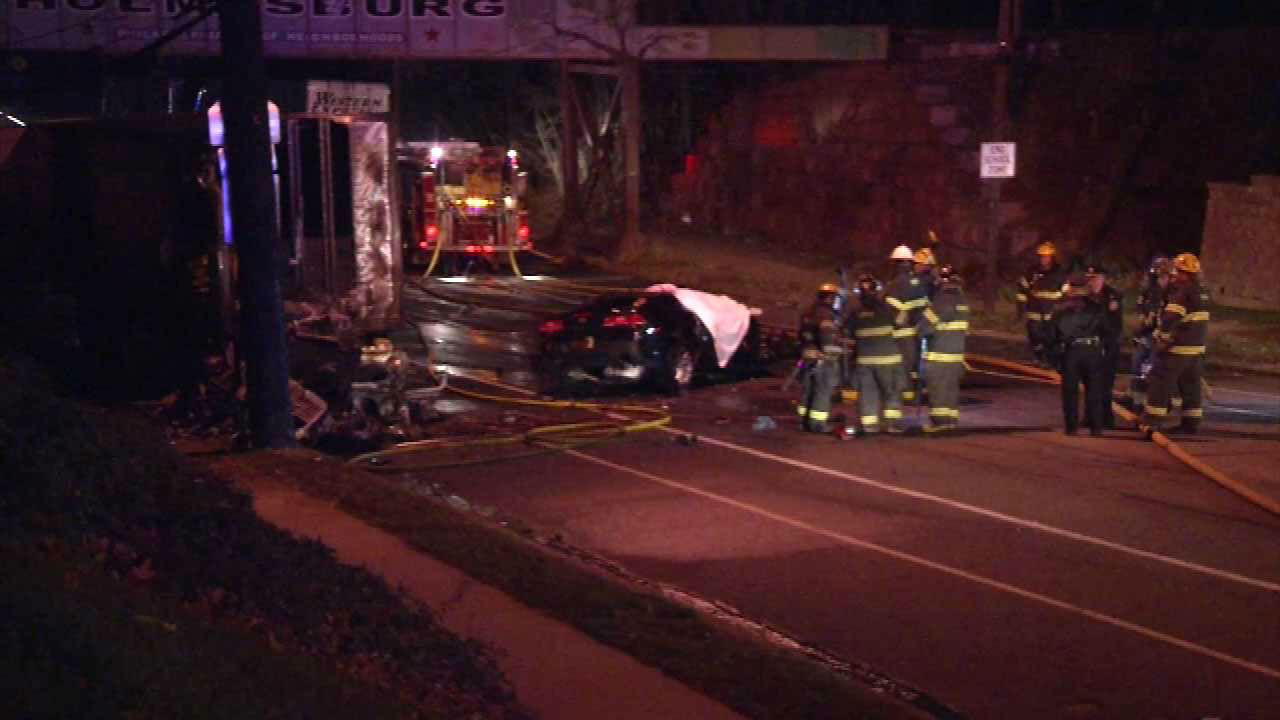 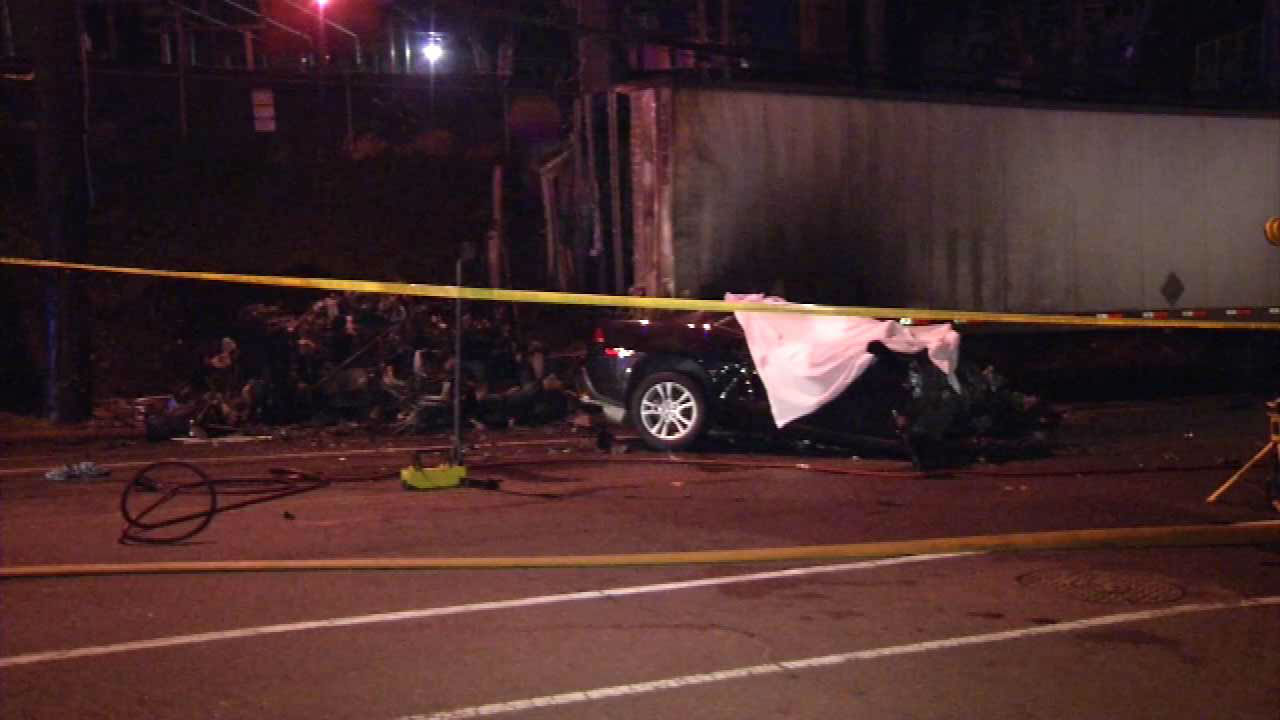 The Action Cam was on the scene of a fiery, fatal crash in Northeast Philadelphia.

Gia's uncle gave us his opinion.

The attorneys for Gia's family plans to subpoena that video from Snapchat. The Philadelphia Police Accident Investigation Unit has yet to release their findings of an official cause of the accident, although speed was initially stated as a primary factor.