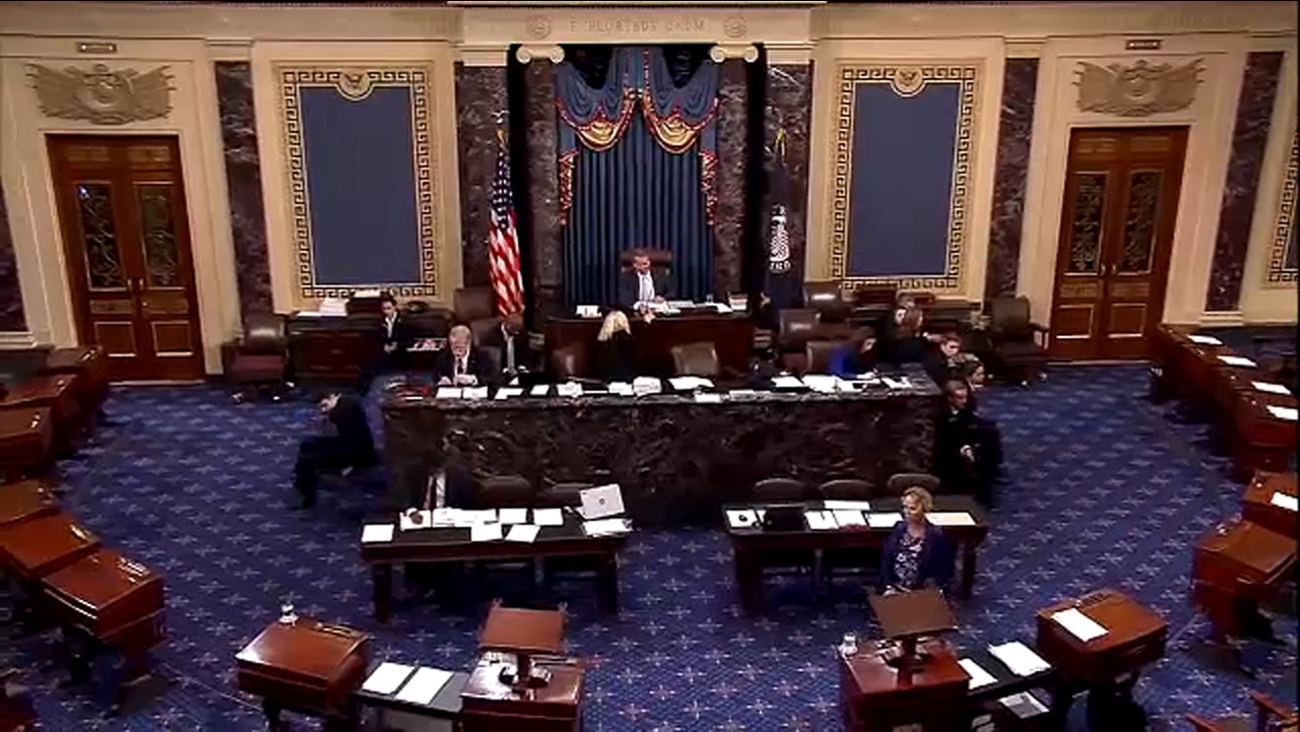 But in a sign the bill may be in trouble, Rep. Tom Reed (R) of Rochester, New York, said "I'm personally of the opinion they're not going to be able to get something out of the Senate. But we'll wait and see what they can deliver, if anything."
Report a correction or typo
Copyright © 2022 WABC-TV. All Rights Reserved.
TOP STORIES
Cop and teen wounded when teen's gun goes off in Bronx: NYPD
1 dead, several injured after suspected gas explosion
Fashion icon André Leon Talley dies at 73
NY AG acts to enforce Trump family subpoenas
Mom, child dead after vehicle found floating in pond in New Jersey
Giuliani among Trump allies subpoenaed by Jan. 6 panel
Greater flexibility for at-home learning as NYC students return
Show More
AccuWeather: Milder but brisk
Police searching for woman who shouted anti-Semitic statement at kids
400M N95 masks available to the public for free starting next week
Woman wrongfully fined $259K for neighbor's violations in NYC
New calls to help most vulnerable after NY eviction moratorium ends
More TOP STORIES News