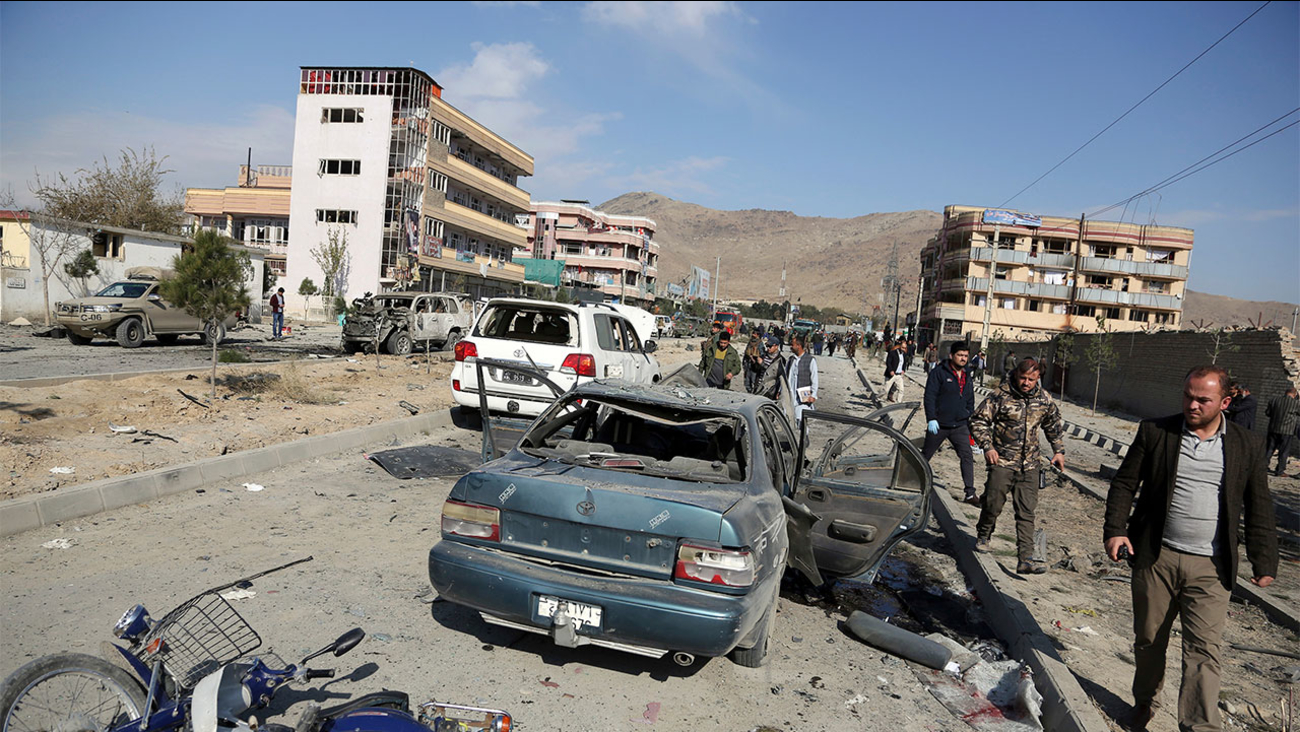 ISLAMABAD -- A temporary truce between the United States and the Taliban took effect on Friday, setting the stage for the two sides to sign a peace deal next week aimed at ending 18 years of war in Afghanistan and bringing U.S. troops home.

If successfully implemented, the weeklong "reduction in violence" agreement, which came into force at midnight Friday local time (1930 GMT, 2:30 p.m. EST), will be followed by the signing of the peace accord on Feb. 29, wrapping up America's longest-running conflict and fulfilling one of President Donald Trump's main campaign promises.

Friday's announcement of an agreement on terms for a peace deal follows months of negotiations between the two sides that have broken down before. Yet both parties have signaled a desire to halt the fighting that began with the U.S. invasion after the September 11, 2001, attacks by Osama bin Laden's Afghanistan-based al-Qaida network.

Should the truce stand, the U.S.-Taliban deal would be followed within 10 days by the start of all-Afghan peace talks that could result in the formation of a new government in Kabul, a pledge from the Taliban not to allow terrorist groups to operate in the country, and the phased withdrawal of U.S. and other foreign troops over 18 months.

The plan is a gamble for Trump, who retweeted several news accounts of the agreement. If it's successful, he will be able to claim to have taken a first step toward meeting his 2016 campaign pledge to bring American troops home. But if it fails, Trump could be painted by his Democratic adversaries in an election year as being nave and willing to sacrifice the security of U.S. soldiers and American interests for the sake of political expediency.

For the Taliban, the successful completion of the truce and Afghanistan peace talks would give the group a shot at international legitimacy, which it lacked at the time it ran the country and gave bin Laden and his associates safe haven.

The truce, to be monitored by American forces, will likely be fragile and U.S. officials have noted the possibility that "spoilers" uninterested in peace talks could disrupt it. Determining who is responsible for potential attacks during the seven days will therefore be critical.

Both sides were cautiously optimistic in announcing the agreement that had been previewed a week ago by a senior U.S. official at an international security conference in Munich, Germany. The announcement had been expected shortly thereafter but was delayed in part because of Monday's release of the results of Afghanistan's disputed September 2019 elections that showed President Ashraf Ghani winning by an extremely narrow margin.

U.S. Secretary of State Mike Pompeo said in a statement that the peace agreement, to be signed in Doha, Qatar, by U.S. special envoy for Afghanistan Zalmay Khalilzad and Taliban representatives, will eventually lead to a permanent cease-fire. The deal also envisions guarantees from the Taliban that Afghanistan will not be used to attack the U.S. or its allies.

"We are preparing for the signing to take place on February 29," Pompeo said. "Intra-Afghan negotiations will start soon thereafter, and will build on this fundamental step to deliver a comprehensive and permanent ceasefire and the future political road map for Afghanistan."

The Taliban, meanwhile, said in a statement that the agreement is intended to achieve nationwide peace and and end to the foreign troop presence in the country.

The statement said both sides "will now create a suitable security situation" ahead of the agreement signing date, invite international representatives to a signing ceremony, arrange for the release of prisoners, structure a path for peace talks, "and finally lay the groundwork for peace across the country with the withdrawal of all foreign forces."

The Taliban added that they will not allow "the land of Afghanistan to be used against security of others so that our people can live a peaceful and prosperous life under the shade of an Islamic system."

But the road ahead is fraught with difficulties, particularly as some Taliban elements and other groups have shown little interest in negotiations. An attack that killed two Americans last September disrupted what at the time was an expected announcement of a peace deal.

And, it remained unclear who would represent Kabul at the intra-Afghan talks. Ghani's rivals have disputed the Afghan election commission's declaration that he won the presidential election.

The Taliban have refused to talk to Ghani's government and also denounced the election results, saying they will talk to government representatives but only as ordinary Afghans, not as officials. Germany and Norway have both offered to host the all-Afghan talks, but no venue has yet been set.

Pompeo did not say who would represent Kabul, only that talks "will build on this fundamental step to deliver a comprehensive and permanent cease-fire and the future political road map for Afghanistan."

Under the terms of the ''reduction in violence" - which covers all of Afghanistan and also applies to Afghan forces as well as the United States and Taliban - all sides have committed to end attacks for seven days. For the Taliban, that includes roadside bombings, suicide attacks and rocket strikes.

The Taliban military commission issued instructions to its commanders "to stop attacks from Feb. 22 against foreign and Afghan forces until Feb 29."

The peace deal also calls for the release of 5,000 Taliban prisoners, most of whom are being held by the Afghan government. Although the U.S. has already discussed the prisoner release with government representatives, there has been no public announcement about it from Ghani's government.

Neighboring Pakistan, which has long been accused of backing the Taliban, welcomed the reduction-in-violence plan.

"'We hope the Afghan parties would now seize this historic opportunity and work out a comprehensive and inclusive political settlement for durable peace and stability in Afghanistan and the region," said a Pakistan Foreign Ministry statement. Pakistan hosts more than 1.4 million Afghan refugees.

During any withdrawal, the U.S. would retain the right to continue counter-terrorism operations in Afghanistan, which have been focused mainly on an Islamic State group's affiliate and al-Qaida, according to Pentagon officials.

Ghani said in a statement that "for the week of Taliban's reduction in violence, our defense and security forces will remain in defensive mode" and continue operations against the Islamic State, al-Qaida "and other terrorist groups except Taliban."

The Pentagon has declined to say whether the U.S. had agreed to cut its troop levels in Afghanistan to zero. Defense Secretary Mark Esper has said if the truce is successful and the Afghan peace talks begin, the U.S. would reduce its troop contingent "over time" to about 8,600. There are more than 12,000 U.S. troops in Afghanistan.

Yet Suhail Shaheen, the spokesman for the Taliban's political office in Doha, tweeted that the Taliban expect a complete withdrawal. In a Pashto language tweet, he said, "based on the agreement with the U.S., all international forces will leave Afghanistan and the invasion will end and no one will be allowed to use Afghan soil against others."

In Brussels, NATO Secretary-General Jens Stoltenberg welcomed the developments. The U.S.-led military alliance has some 16,000 troops in Afghanistan helping to train the country's security forces, but it could draw down on its operation to accommodate any firm peace agreement. More than 8,000 of these alliance troops are American.