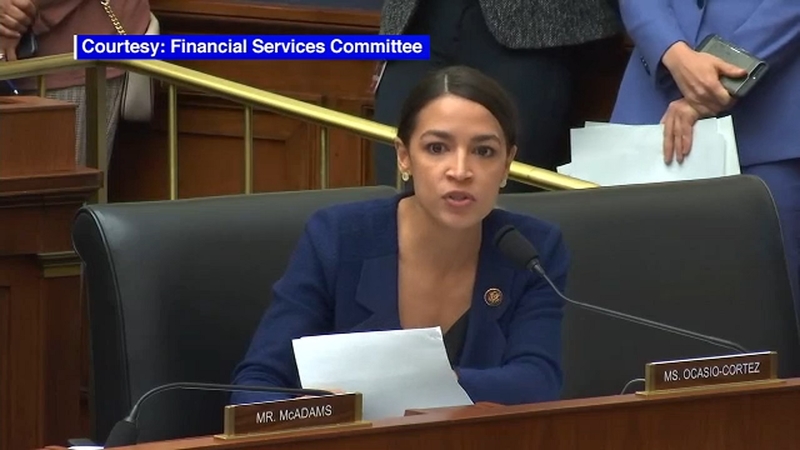 NEW YORK (WABC) -- There is a call for a government bailout to help struggling New York City cab drivers.

Representative Alexandria Ocasio-Cortez is now backing up a financial rescue for those who were lured into predatory loans.

That is because the medallion that was once worth a million dollars, allowed him to live the American dream. Now he owes $700,000

"The dream started becoming a nightmare," he said.

This week, without outlining specific details, Congresswoman Ocasio-Cortez is now calling for a bailout to help drivers who took out high-fee and interest loans on taxi medallions that allow them to own and operate their cabs.

"Loans of a million dollars were given to drivers who were only making $30,000." She said.

"From 2004-2012, the City of New York made $850 million from the sales of these medallions - the city counted its money, lenders and brokers made theirs," said Bhairavi Desai of the New York Taxi Workers Alliance.

This happened all while the cab drivers suffered, and even more with the arrival of ride-sharing services of Lyft and Uber.

Some drivers, mostly immigrants, even resorted to suicide. Last year, there were nine deaths.

"They are a direct consequence of neglect of a vulnerable community," said Ocasio-Cortez.

A community Aliyu is a part of, and needs the help to continue to work hard toward that American dream.

" Some have told me to run away from this but I believe so much in this I can't walk away from it," he said.