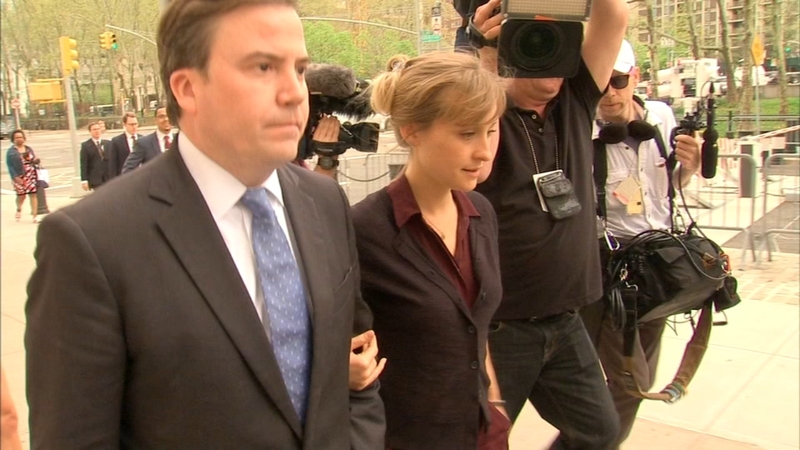 NEW YORK (WABC) -- An actress best known for playing a young Superman's friend on "Smallville" and her alleged cult leader went before a Brooklyn judge Friday.

The actress was charged with sex trafficking last month after federal prosecutors said she worked as a slave "master."

Mack sat next to Raniere, who sold himself as a self-improvement guru to the stars, at the brief hearing.

The judge set October 1 as the trial date for both Mack and Raniere.

Assistant U.S. Attorney Moira Penza indicated in court that more arrests are expected and that a superseding indictment could come in a month or so.

Lawyers for Raniere said he isn't expected to plead guilty.

"He's holding up well under the circumstances," an attorney said. "He believes in his innocence, and I'm impressed with his stamina."

Court papers have previously indicated that Mack is considering a plea deal.

Lawyers for Mack, who is currently out on home detention staying with relatives in California, said he plans to file an application to waive her future appearances, noting the travel to get to Downtown Brooklyn. But the federal judge said he typically doesn't grant waivers.

"People need to show up," the judge said. "This is a serious matter."

The conditions of her home detention include no contact with current or former members of NXIVM. She's also subject to electronic monitoring and restrictions on computer and cellphone use.

Mack is best known for playing Chloe Sullivan, a teenage friend of Superman, on the CW network's "Smallville." She left court on Friday without commenting. "Smallville" ended in 2011.