Above and Beyond: Man with ALS selling pickles to raise money for a cure 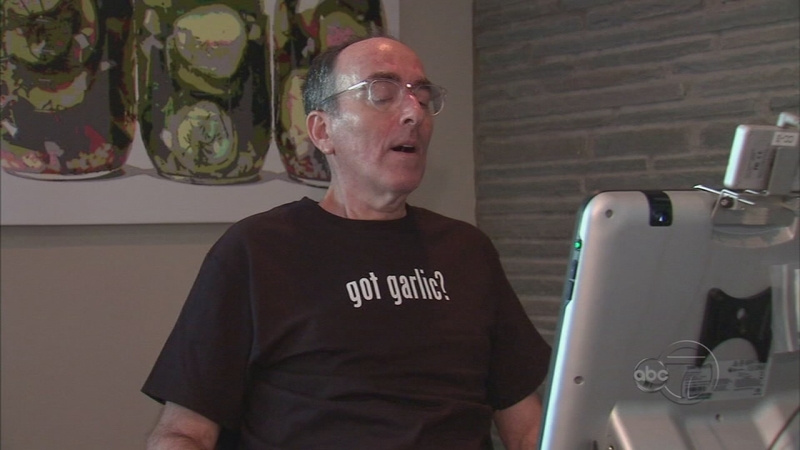 Above and Beyond: Selling pickles to fight for a cure

An entrepreneur from New Jersey isn't letting a life-threatening illness slow him down, using his life-long passion to aid the quest for a cure.

Arthur Cohen suffers from ALS, also known as Lou Gehrig's Disease. It has a 100 percent fatality rate, which for Cohen has meant pushing back hard at what life handed him.

He cannot talk or walk now because of the disease, steals one's mobility while leaving the mind sharp, but he has raised more than $200,000 through a non-profit he started.

"No matter what you are going through, there is always a silver lining," he said through his computer. "You have to look for it and remain positive."

In his first life, he was a professional photographer, and he still sees things through a different lens than most. He is a husband, a father, a photo-bomber and a fighter. He is also a pickle maker.

So what makes a good one?

"Tons of garlic, sickness and lots of salt," he said. "And being Jewish doesn't hurt."

He was diagnosed at age 58 and is now 61, but for most of those three years, he's run a nonprofit called "PickALS" to raise money for a cure.

"He said, 'I think I want to sell my pickles and raise money for ALS research,'" wife Janet Coviello said. "And I said let's do it."

The disease was named after after the New York Yankees slugger, who gave his famous "luckiest man" speech three quarters of a century ago.

"It's been over 75 years since Lou Gehrig's speech," Cohen said. "This has got to stop. If it means bringing the world bad breath with my pickles, so be it."

His friends rallied around Pickals, which Cohen first made in his kitchen. Now, because of demand, he works in a local factory.

"This is somebody who is afflicted with a horrible disease but decided to turn it into a positive," friend David Sirianni said. "So people started selling the pickles in the stores. The money then started to going to make other people's lives better."

And the team is as dedicated as ever.

"We've heard from scientists that it's not an incurable disease, it's an underfunded one," said Beth Daugherty, of Pickals.org. "There are only ever about 30,000 people living with ALS in the United States, so there's not this growing number of survivors."

The effort has given Cohen a drive to keep fighting.

"Pickals is my silver lining," he said. "It's given purpose to my second act. I'm so lucky to be able to do this."

And so despite the odds, Cohen is helping people and seeing the upside while calling himself lucky.