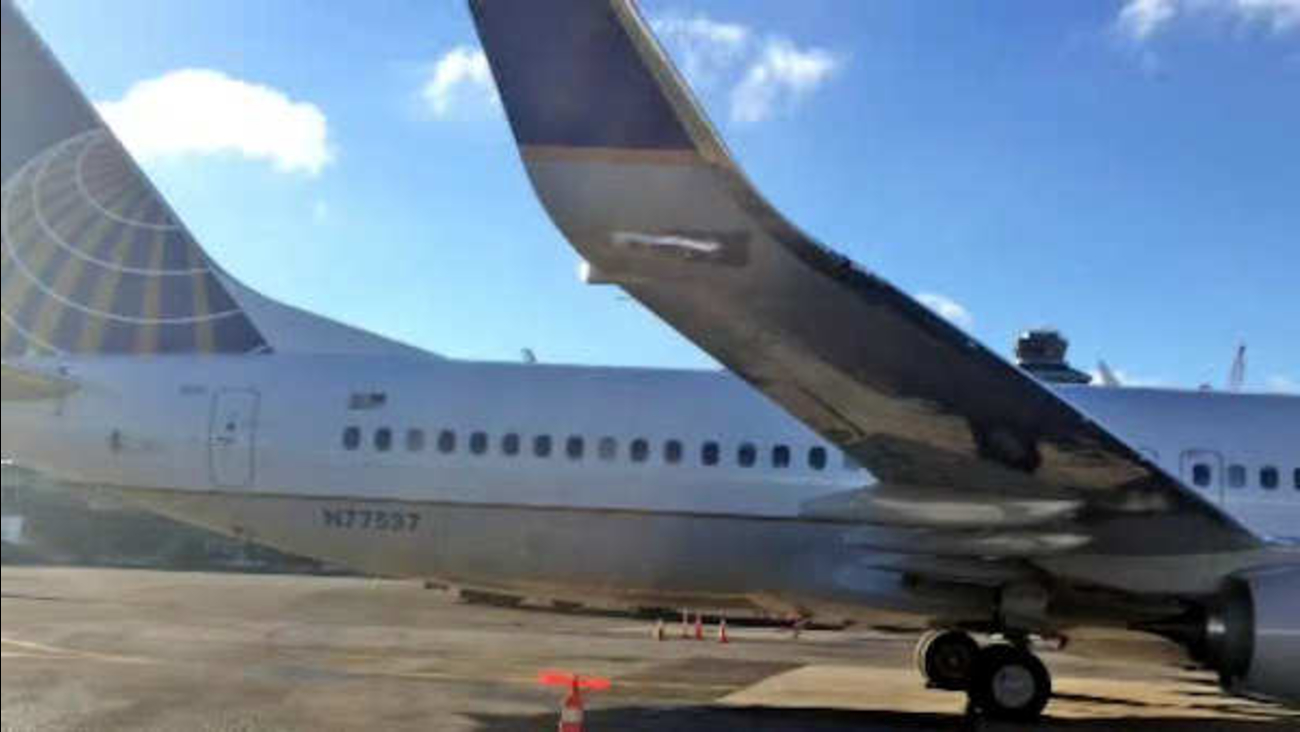 EAST ELMHURST, Queens (WABC) -- The tip of a wing on a airplane was damaged Thursday after it struck a fuel truck backing out of the gate at LaGuarida Airport.

United Airlines Flight 1561 had just started to push back when it bumped the truck, which had likely just completed fueling the aircraft.

United Airlines said the damage was very minor, and that all passengers were moved to a different plane before heading to Denver.

The incident was described as minor, but it was the second time this week there was a collision at LGA.