American Pharoah goes out a winner in Breeders' Cup Classic 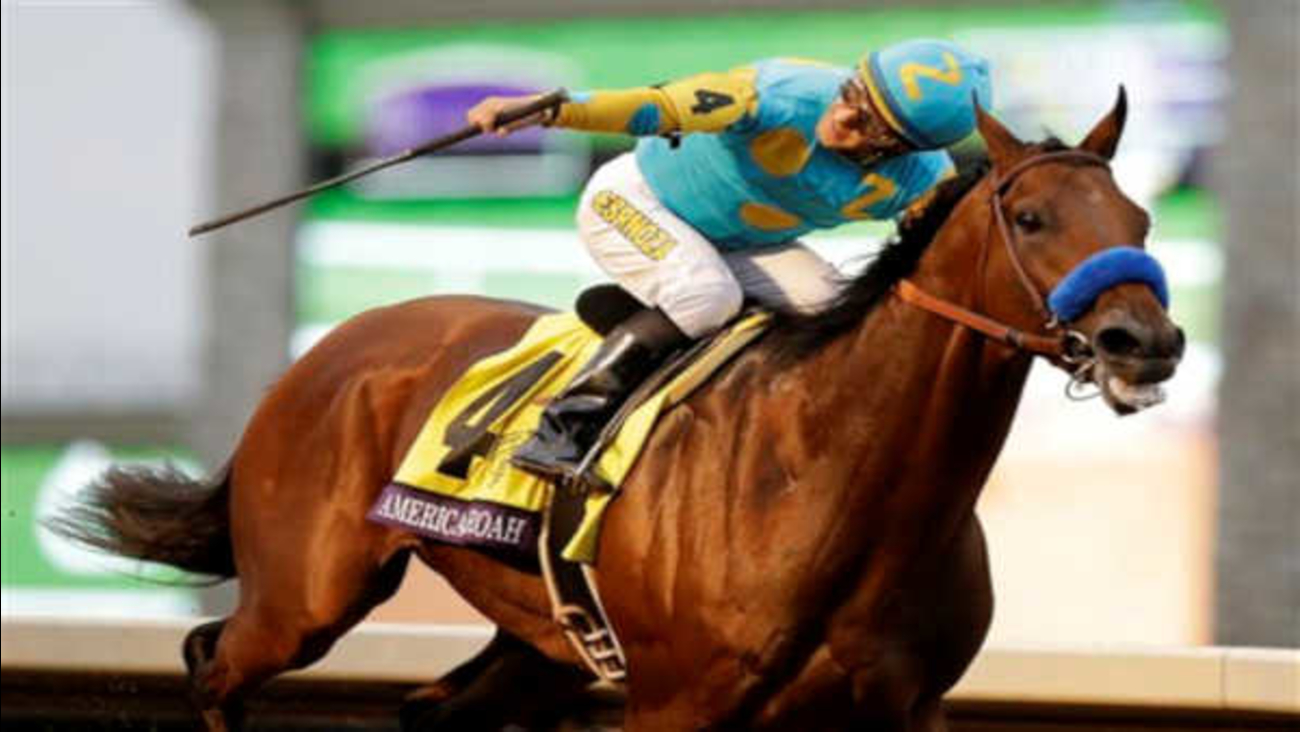 The 3-year-old colt ran 1 1/4 miles in a track-record 2:00.07 as the sentimental 3-5 favorite among the crowd of 50,155 at Keeneland. Fans stood 20-deep all along the rail, cheering and snapping cellphone photos of the superstar horse.

Except American Pharoah didn't hear them. He wears ear plugs to muffle any sounds that might startle him.

It probably didn't matter how many faced him on a cloudy, cool day at Keeneland.

He smashed the old track record of 2:05.36 by more than five seconds.

American Pharoah won nine of his 11 career starts, including the first sweep of the Kentucky Derby, Preakness and Belmont in 37 years this spring. He earned a total of $8,650,300 for Ahmed Zayat, the Egyptian-born owner who chose to keep his popular horse in training so fans could see him run.

Next up for American Pharoah is a new career as a breeding stallion at a farm in Kentucky bluegrass country near Keeneland.

The colt became the first horse to win the Triple Crown and the Classic in the same year, and the only one to have such a chance since the Breeders' Cup didn't begin until 1984.