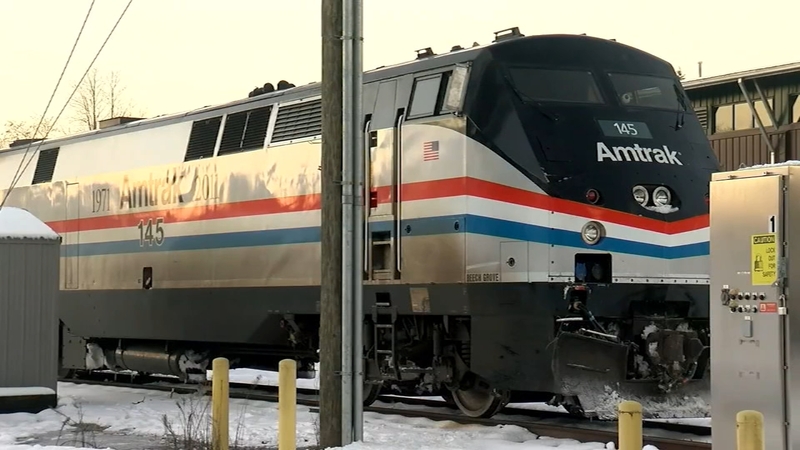 LYNCHBURG, Virginia (WABC) -- Passengers on an Amtrak train headed to New York are stuck in Virginia because of power outages and bad weather.

Amtrak Crescent Train 20 started its route in New Orleans Monday morning with a stop in Lynchburg, Virginia, to pick up other passengers on the way to its final destination.

ABC affiliate WSET reports the train made it 20 miles outside of Lynchburg, but had to turn around after another train ahead of them encountered downed powerlines and trees on the tracks just north of Nelson County.

All 220 passengers were supposed to continue their journey Monday afternoon, but due to power not being restored, they're being held in the Lynchburg station.

Passengers who started their trip in New Orleans have now been stuck on the train for 24 hours.

Amtrak train 176 was stuck on the tracks in front of those travelers and departed from Roanoke early Monday morning.

What was supposed to be a seven or eight hour trip has turned into an overnight adventure for Juan Rivera.

"We had trees in front of us, trees behind us and behind those trees were people from the other train," said Rivera.

Rivera checked into a hotel at 3:00 a.m. Tuesday morning after Amtrak announced his original train would not be leaving Monday night.

He plans on doing some sight-seeing for the time being and will board a New York City-bound train Wednesday.

According to Amtrak, passengers still on train 20 are able to leave, but it's unclear when it will continue its trip, making disembarking a risky move.

Amtrak says the passengers and crew members onboard are "warm, fed and safe," as the agency is providing food and water.

As of now, there is no expected time of departure for train number 20.