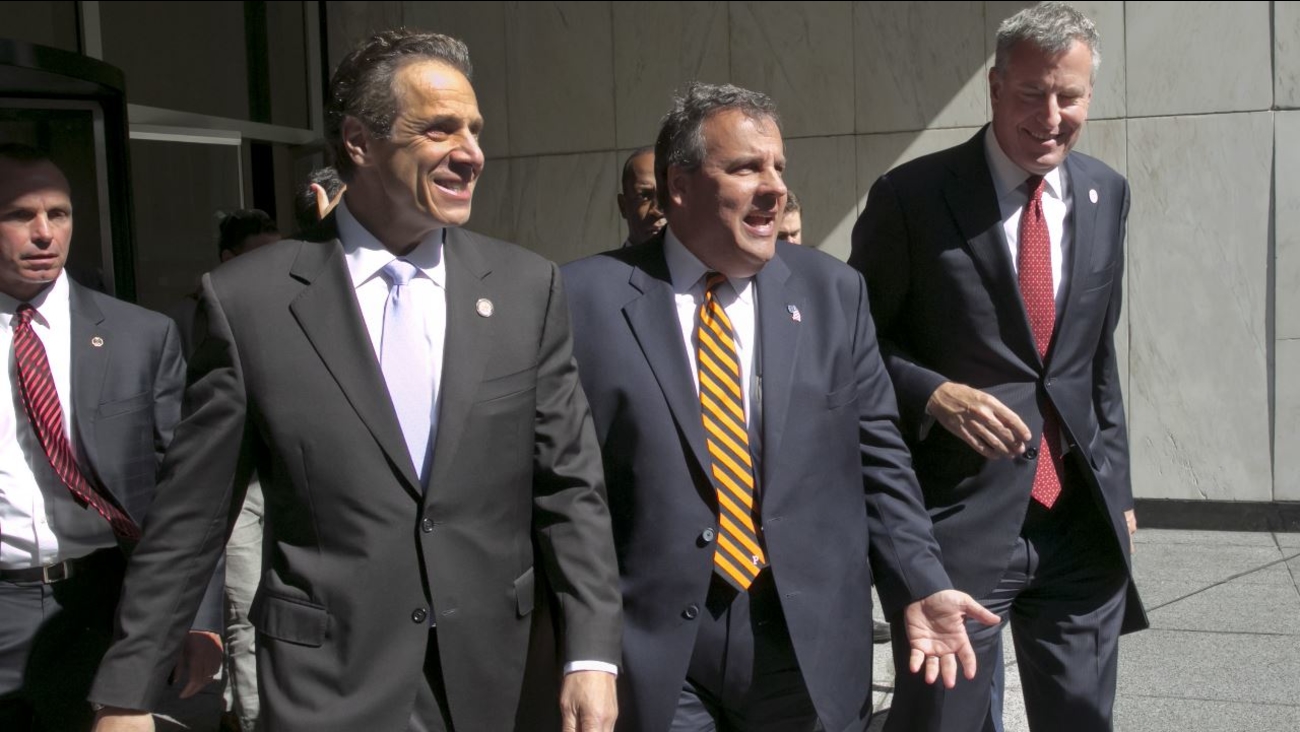 ALBANY, N.Y. -- Rejecting Syrian refugees would be akin to "conceding defeat of the American dream," New York Gov. Andrew Cuomo said Tuesday in a sharply worded response to those urging him to keep the refugees out of the state.

Speaking at Harvard University's Kennedy School of Government, the Democratic governor said efforts to reduce the threat of terrorism must be balanced with America's standing as a beacon for liberty and tolerance. He said the federal government has vowed to screen the refugees for links to terrorism.

"We have to protect Americans and not lose our soul as America in the process, right? The day America says, 'Close the gates, build the wall,' then I say take down the Statue of Liberty because you've gone to a different place," he said. "I won't let them win by conceding defeat of the American Dream."

Christie wrote to President Barack Obama on Tuesday, saying he doesn't believe the background checks on refugees will be sufficient.

Several governors have said they won't allow Syrian refugees into their states following the coordinated attacks in Paris. In New York, Republican U.S. Rep. Chris Collins and Republican state lawmakers cited the threat of terrorism when they called on Cuomo to reject additional refugees from the war-torn Middle Eastern nation.

"The placement of Syrian refugees must be suspended until there is an effective vetting process in place that prevents terrorists from seizing an opportunity to sneak into the United States," said Senate Leader John Flanagan, R-Long Island. "New York continues to be a top terror target even after the devastating loss of life from the Sept. 11th attacks. We owe it to every New Yorker to do whatever is necessary to protect them."

Cuomo and several immigration experts say that under federal law, governors have no authority to keep refugees out.