Conviction vacated, NY man out on bail after 24 years in prison 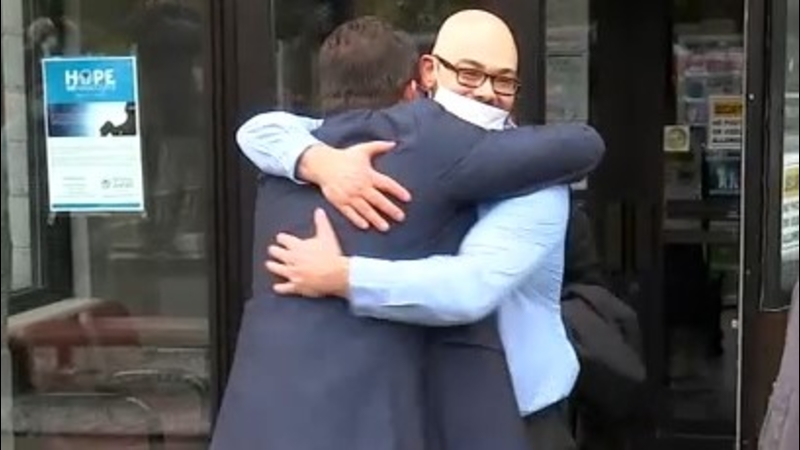 Wrongfully convicted man out on bail after 24 years in prison

CARMEL, Putnam County (WABC) -- A New York man who served 24 years in prison for a crime his supporters say he did not commit was released on bail Friday.

Andrew Krivak, 42, walked out of the Putnam County Correctional Center in Carmel around 10 a.m.

"Every day, just wondering when my day is going to come to clear my name. That struggle, that fight is hard each day with new challenges," Krivak said upon his release.

Krivak's conviction was vacated on May 9, 2019 and the agreement to release him on bail was reached on October 21, 2020.

Krivak was 17-years old when he and Anthony diPippo were arrested for the rape and murder of 12-year-old Josette Wright whose body was found in a wooded field.

The Exoneration Project, which investigates and petitions courts to reverse wrongful convictions, said new evidence shows Krivak was coerced by police into signing a false statement confessing to raping and murdering Wright.

The organization said one of the officers used the same tactics to coerce a false confession from another teenager, Jeffrey Deskovic, for a different rape and murder in 1990.

Krivak's supporters also said evidence points to another man, Howard Gombert, who is currently in prison for sexually assaulting an 8-year-old, as the real perpetrator.

"It's hard to admit that a mistake has been made. That's it. I think it's really pride, nothing more than that. Not wanting to acknowledge what's pretty obvious to just about everybody else who has looked at the case," Michelen said.

The D.A.'s Office said that even if its appeal is not upheld, it plans to retry Krivak.