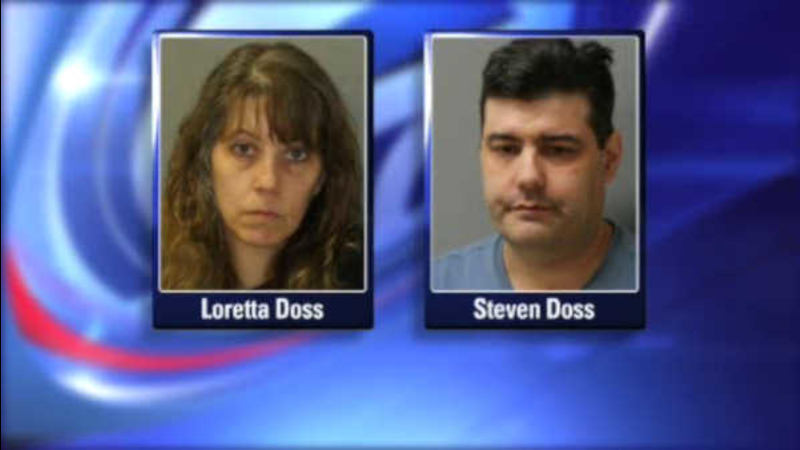 MINISINK (WABC) -- Dozens of animals - from rabbits, horses and cows were found in poor condition at a farm leased by a couple in the town of Minisink.

The rabbits are barely recognizable, and were in such poor health that it is almost hard to look at them. At the Humane Society of Port Jervis, they are used to taking in cats and dogs, but now they are caring for 32 rabbits, three goats - one of them pregnant, and a pot-bellied pig. All are underfed, but the rabbits are in the worst shape.

"Some of them have upper respiratory infections, eye problems - their nails are in deplorable condition, the cages they were in were filled with feces and urine," says Humane Society Director Susan Beecher.

Steven and Loretta Doss of Port Jervis are under arrest and charged with animal neglect. State police were tipped off, and a search warrant was executed at the couple's home on Church Street. The building has been condemned, and a few animals were recovered there, but the real find was at a barn leased by the couple 10 miles away in Westtown. There, authorities removed the pig, which is estimated to be 50 pounds underweight, as well as horses and cows.

"To me it looks like a case of neglect, and just people having too many animals to care for, and being unable to give them all the care that they need," Beecher adds.

The shelter is evaluating, and treating the animals while the particulars of this case remain under investigation.

The Doss' are due back in court on September 21st.

"Most of the people that are hoarders of animals love animals, but they get overextended, and have a hard time caring for the numbers of animals that they collect," says Beecher.