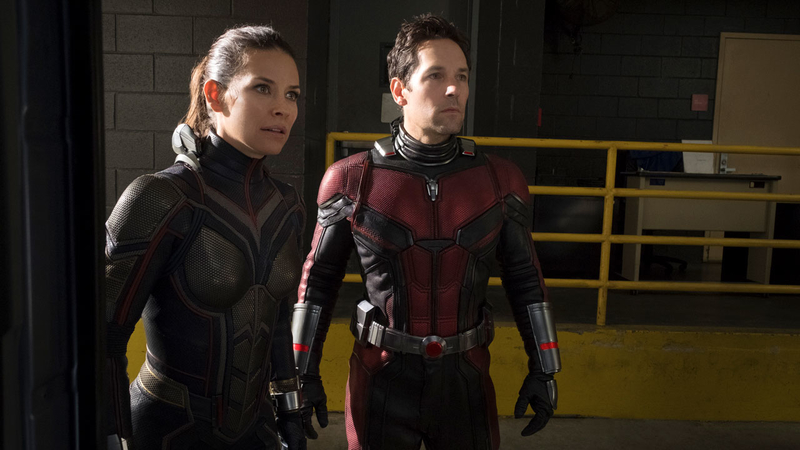 NEW YORK (WABC) -- Summer movies like "Ant-man and the Wasp" are called "critic-proof," which is just another way of saying the opinions of someone like myself don't really count.

Marvel movies have their own built-in and very big audience that doesn't care if superheroes are small like Ant-Man, played by Paul Rudd, and The Wasp, played by Evangeline Lilly.

Rudd dominated the first such movie in 2015, but this one belongs to Lilly's Hope. Her dad, played by Michael Douglas, has built her a suit so she can become The Wasp, and the movie can become a story of female empowerment.

She is the last of the superheroes from the very first "Avengers" comic book to get a major part on the big screen, and her ability to alter her size is entertaining.

The plot is driven a couple of different ways: by a bad guy looking to steal the technology that makes everything morph and by a search for Hope's mother, who is lost in the microscopic quantum realm.

This movie is part of the Marvel Cinematic Universe but stands on its own, with details like why Rudd's character is under house arrest explained for the uninitiated.

The exposition slows the pace of the first hour before the big action sets in. Then, when he is big -- or small -- Rudd and company make this a fun romp.

The introduction of a very sympathetic adversary called "Ghost" bodes well for the future of the franchise, her scenes with Laurence Fishburne are poignant.

Yet ultimately, "Ant-man and the Wasp" feels like a minor Marvel with a plot linked to "The Avengers" -- but never quite measuring up to those iconic characters.

I saw "Ant-man and the Wasp" with a theater full of kids and their parents who laughed and clapped and really seemed to enjoy the movie.

For me, it fell short of "The Incredibles" sequel, which is my favorite movie of the summer.

Both are from Disney, owned by the same parent company as abc7NY.