The disgraced former New York Congressman will begin serving his 21-month sentence for sending lewd material to a minor.

It is the same prison where Boston Marathon bomber Dzhokhar Tsarnaev recuperated before his trial.

Weiner had declined to ask the judge to recommend a prison in New York City, fearing he could end up in MCC, the federal lockup in Manhattan with a reputation as a tough and unpleasant place for inmates. Even healthy individuals can be sent to a federal medical facility based on space and security. FMC-Devens does have a sex offender treatment program, though that is typically open only to inmates serving longer sentences.

We are told there is a long waiting list, and Weiner won't know immediately whether he is eligible.

The facility, located about 40 miles west of Boston, has more than 1,000 inmates and more than 100 more at an adjacent minimum security satellite camp.

Weiner was sentenced in September by a judge who said Weiner's crime resulted from a "very strong compulsion." A tearful Weiner said he was undergoing therapy and had been "a very sick man for a very long time."

Last year, a criminal probe into his sexting with a high school student intruded into Democrat Hillary Clinton's bid for the White House. Then-FBI Director James Comey announced in late October 2016 that he was reopening the probe of Clinton's use of a private computer server after emails between Clinton and Weiner's wife, Huma Abedin - formerly Clinton's closest aide - were found on Weiner's laptop computer.

Two days before Election Day, the FBI declared there was nothing new in the emails. But in a recent interview, Clinton called Comey's intervention "the determining factor" in her defeat.

Abedin and Weiner are in divorce proceedings. 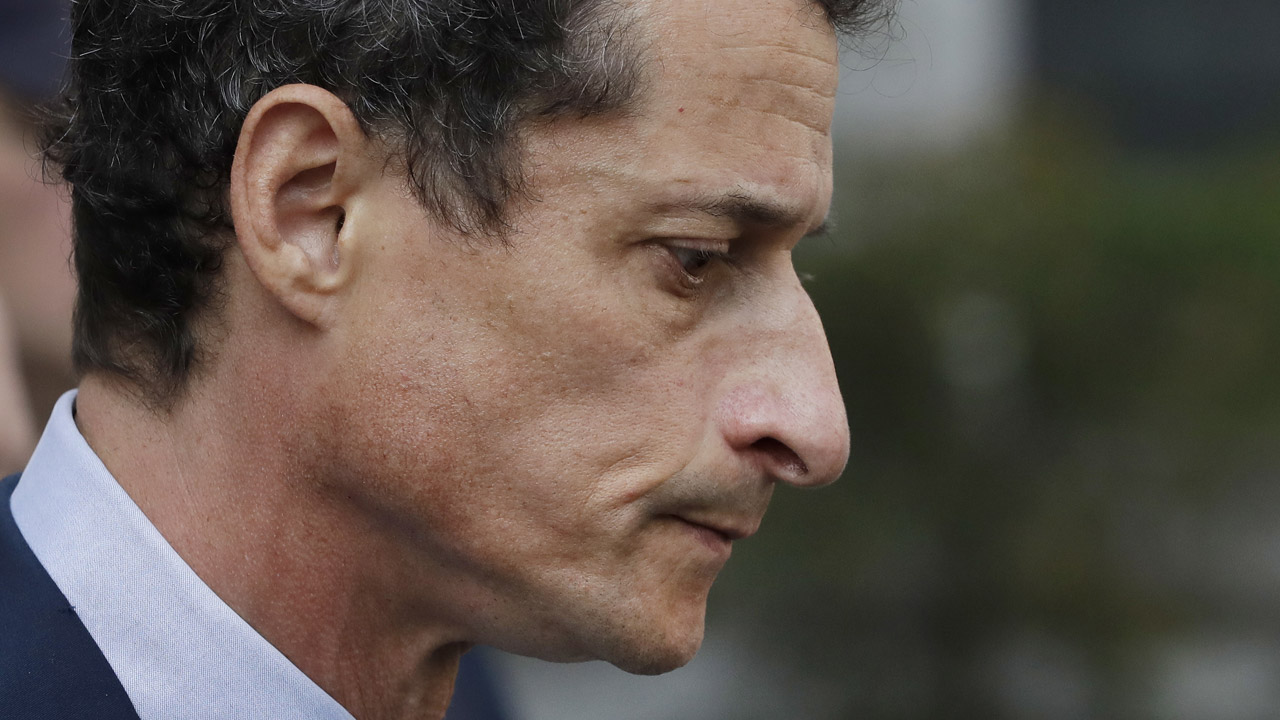 Anthony Weiner sentenced to 21 months in prison in sexting case