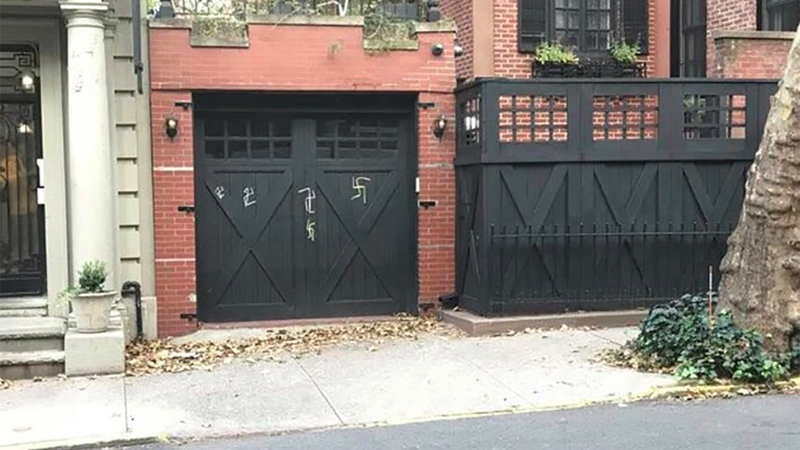 Officials say an unknown suspect used chalk to draw swastikas and a racial slur sometime between 9:30 p.m. and 10:50 p.m. onto a building on Garden Place in Brooklyn Heights.

Police are treating the incidents as a potential bias crime.

Authorities say anti-Semitic crimes are up significantly compared to last year and make up half of the hate crime reported across the city.