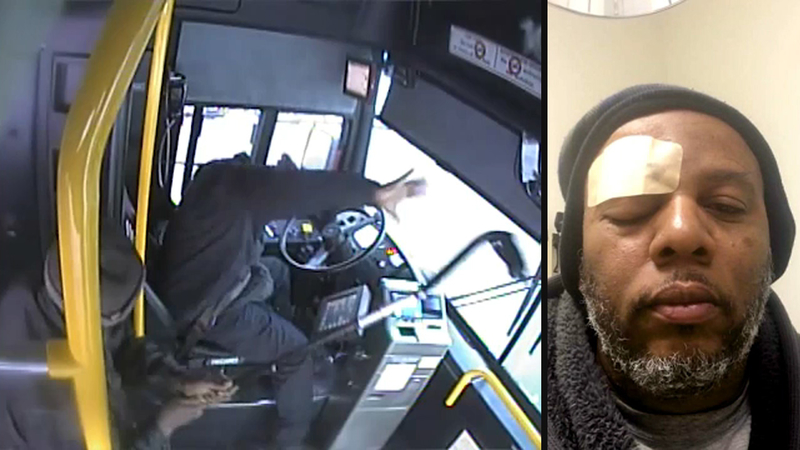 HAMDEN, Connecticut (WABC) -- A Connecticut bus driver suffered injuries after a passenger assaulted him outside a bus garage in Hamden, according to police.

And after it was all over, the transit agency ended up firing the driver.

CT Transit says the incident happened on Monday, March 4, after Horn refused to get off the bus at the last stop.

Horn then allegedly whacked Knox, a 19-year veteran driver, in the head with a metal pipe.

Knox struggled to free himself from his seat belt while punching back at Horn.

When Knox bolted off the bus, Horn hopped into the driver's seat in an effort to drive the bus away.

Horn is currently in jail, charged with for third-degree assault and breach of peace.

"In our view, Stefan not only protected himself by subduing the assailant a second time, but he also protected his co-workers," ATU President Ralph Buccitti said.

CT Transit said the assault on the bus driver was absolutely unacceptable.

"The driver understandably and rightfully defended and protected himself," CT Transit said. "Unfortunately, after the incident, the operator chose to return and physically re-engage his assailant without provocation. Physically engaging the assailant the second time was inappropriate and dangerous."