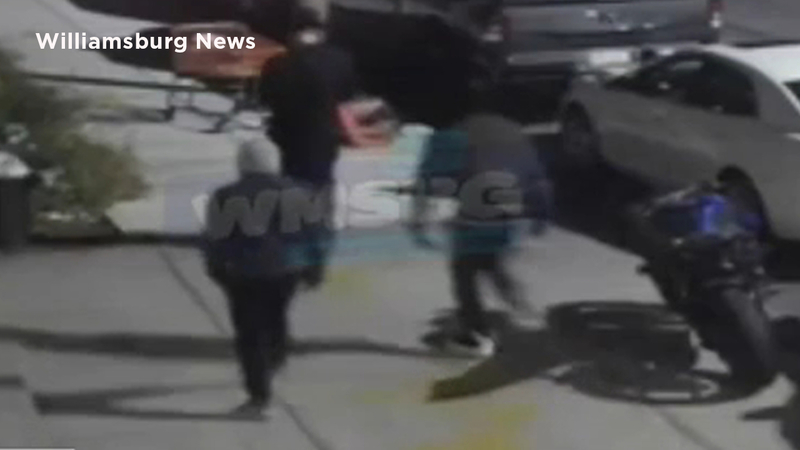 Police search for group in attempted robbery in Brooklyn

WILLIAMSBURG, Brooklyn (WABC) -- New video shows a man being attacked on a Brooklyn street as a group of men tried to rob him.

The Orthodox Jewish man was attacked on Bartlett Street around 10:45 p.m. in Williamsburg Thursday.

He was beaten by three men who got away empty-handed.

The victim was not seriously injured but went to a local urgent care to be checked out.

Community activist Dov Hikind responded with a tweet indicating this was an anti-Semitic attack, but police say that is not the case. It is not being investigated as a hate crime.

Anyone with information on the attack is asked to call the NYPD.