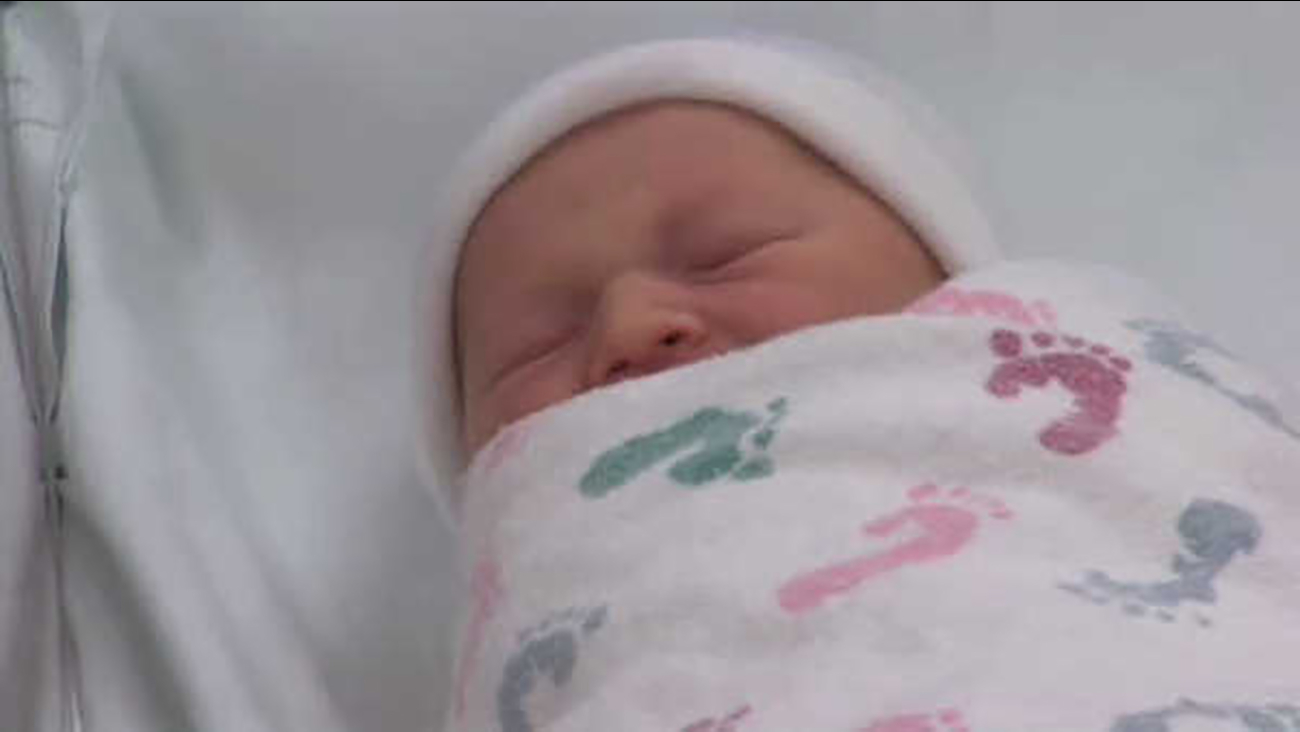 NEW YORK -- Whether Royal, Charlie or Salem, Skyler, Justice or Oakley, unisex names for babies are on the rise among parents more willing than ever to embrace the possibility of gender fluidity in their children and attempt to head off sexism on their behalf.

The Social Security Administration puts out a top 10 list of popular baby names every year based on its registrations, but it also keeps track of names on the rise in its top 1,000. Name-watchers said crossovers and more neutral names haven't overtaken the top spots but are more heavily represented in the broader ranking, especially among millennial parents.

Pop culture and honoring family or religious history are important in baby naming, as is the cool factor. But more names are being used for either sex regardless of which gender they were originally associated with, and neutral naming has become a flashpoint for debate.

"We chose a gender-neutral name, Riley, for my daughter," said Lori Kinkler, a psychologist in San Antonio, Texas. "We knew her sex, but gender is fluid and yet to be determined. Of all the difficulties faced by those who live beyond, or across, the binary, we didn't want name-changing to be one of them. ... I like that she feels she has options and knows she'll be accepted by us no matter what." Riley is 3.

Pamela Redmond Satran, co-writer of "The Baby Name Bible" and "Cool Names for Babies," blogs about baby-naming and is also co-founder of the baby name site Nameberry.com , which crunches about 50,000 names every which way.

Satran says the interest in embracing potential gender fluidity is "an important reason but it's not the only reason. In fact, a lot of people choose unisex names because they think they're cool or they're meaningful to themselves but they raise their kids in a very gender-specific way."

Millennials aren't the only ones to give their kids gender-neutral names. Kyle Good grew up in the 1950s, the middle of five children and the only sibling with a gender-crossing name, based on a performer her father liked.

"My partner is named Jerry, for Gerald, so when we get introduced as 'Kyle and Jerry' most people think I'm Jerry and he's Kyle," she said.

Kirsten Hammann, 45, in the San Francisco Bay area, and her husband named their daughters Teagan and Sigrid. She considers both names gender neutral.

"Sigrid is technically a girl's name but because it's so uncommon in the U.S. it reads as gender neutral to most people," she said. "The gender neutrality was not something my husband and I discussed explicitly and I would say it was more in my mind knowing firsthand the hurdles women face across so many areas of life. Whether we like it or not, names that skew a little masculine, or less feminine, are perceived as stronger, and I wanted that for my girls."

Satran said some gender neutral-names follow other trends, such as choosing traditional last names as first names (hello, Madison) or bits of geography and nature: Lake, Blue, Dakota. And spellings have long signaled gender in names that sound the same: Yves vs. Eve.

In a few countries, unisex names are forbidden by law: Portugal, Denmark and Iceland. Local registrars decide in Germany if an unusual name would negatively impact a child.

Sorry, Harper, but it's unclear where those rules would leave you. Harper is the 10th most popular female name in the Social Security Administration's 2016 rankings, the latest available. It ranked 793 among boys that year.

"We named our baby Avery Morgann. The intention was to give them more room to define themselves as they get older. Also, name changes are expensive and frustrating," said Portland, Oregon, parent C.J. Alicandro, who strives for gender neutrality in all ways for the 2 1/2-year-old.

"We wanted to set up Avery with an opportunity to not be limited as much as possible by a name and be able to choose an identity as much as possible, given the confines that are forced upon them," said Alicandro, a 31-year-old social worker.

Nameberry analyzed the 2016 Social Security Administration data into a top 50 androgynous name list focused on those with heavy gender splits. Charlie came in at 50-50, followed by Finley at 58 percent for girls and 42 percent for boys. Skyler was in third place (54-46), Justice was fourth (52-48) and Royal was fifth (42-58).

Rebecca Connolly, 29, in the western New York town of Castile, said she and her guitar-playing husband chose Lennon Wallace for their 2 1/2-year-old son. Both she and her husband are fans of the late John Lennon, for his music and activism.

"I wouldn't say I intentionally gave my son a unisex name," Connolly said. "As a child I felt bad for all the Taylor, Jordan and Jamies I knew whose names didn't identify their sex. By the time I was having kids, 50 percent of the little girls I met were named Riley, Avery, Logan, etc. And I realized all soft-sounding boy names are now considered unisex. I hate the double standard that giving a girl a boy name is spunky and strong but giving your boy a name used by girls will get him bullied and called a sissy at school."

Connolly also has a daughter, Lucille Beatrice, and is pregnant with a second son. The current front-runner name for him is considered masculine, she said, declining to reveal it, "though with the boy name on girls trend going strong, maybe it'll be considered unisex by the time he's in school."

That's fine with her. "I plan to teach them there is nothing inferior about women so sharing a name with them is not a big deal. Being called a girl is not an insult."
Report a correction or typo
Related topics:
family & parentingbabygender identity
Copyright © 2022 by The Associated Press. All Rights Reserved.
TOP STORIES
Video: Rudy Giuliani slapped inside supermarket, employee arrested
Investigation continues after 7-year-old drowns at rented pool in NJ
Video shows man stealing puppy, riding off on scooter in NYC
'Full House' star shoved by police during Roe protest, video shows
Truck carrying fireworks catches fire on I-287 in NJ
Actor Danny Bonaduce opens up about battling mystery illness
Staten Island judge invalidates NYC's non-citizen voting law
Show More
Vandalized subway trains lead to a messy morning commute
Several injured in fiery 4-vehicle crash on Belt Parkway
AccuWeather Alert: Showers and Thunderstorms
More than 1 million voters switch to GOP in warning for Dems
Mystery over deaths of 21 teenagers at South African nightclub
More TOP STORIES News