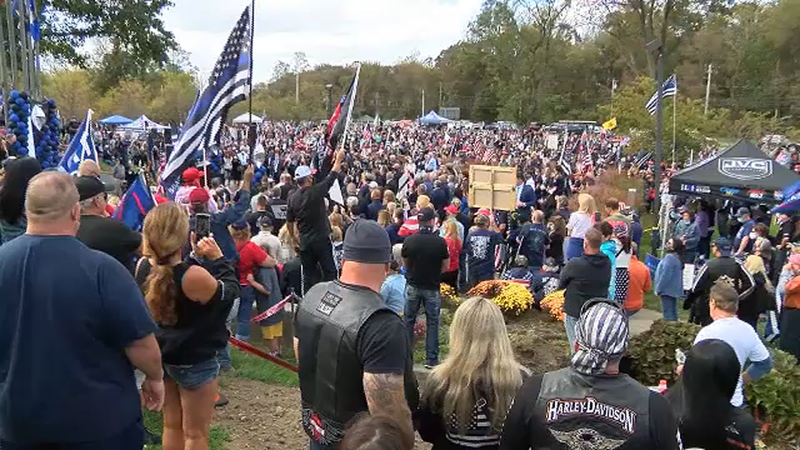 Police unions hold 'Back the Blue' rally on Long Island

A large crowd attended the "Back the Blue" rally held outside the H. Lee Dennison Building in Hauppauge.

Large pro-police signs and thin-blue-line American flags were in abundance as well.

A media advisory for the event said that crime has spiked in New York, especially in New York City, where shootings doubled in August and murder is up by 50%.Thenumber of police officers killed intheline of duty has surged 28% nationally as anti-police rhetoric, protesting, and riots continue acrossthenation.