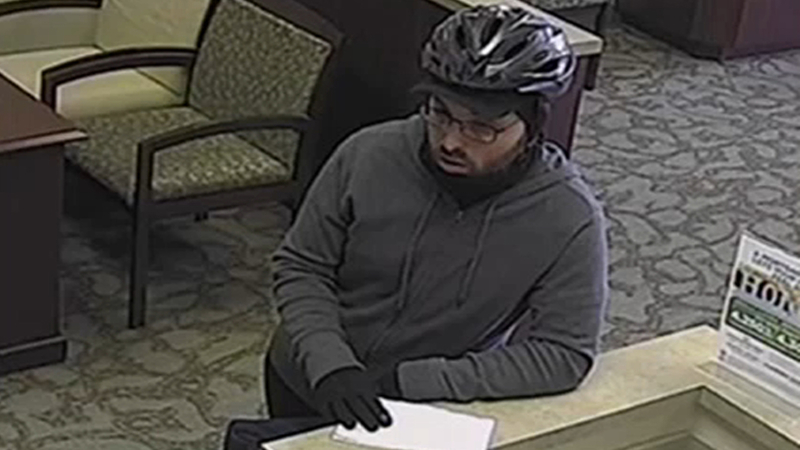 NEW YORK (WABC) -- Authorities say a man has been arrested in connection with four bank robberies in New York and New Jersey.

Yosef Ziegler is charged with stealing over $233,000 from the robberies in Rockland County, Dutchess County and Bergen County.

In three of the cases, Ziegler allegedly announced that he had a bomb and demanded that employees empty the bank's vault. He was arrested Tuesday morning in Airmont.

"In quick succession, Yosef Ziegler allegedly committed a series of daring broad-daylight bank robberies in New York and New Jersey," said US Attorney Geoffrey Berman. "Ziegler's alleged conduct not only put bank employees, law enforcement, and the public at risk. Traumatic events such as this can also cause lasting undue emotional distress on victims and bystanders."

The robberies took place between January and October 2019 at banks in Pomona, Fishkill, and Wappingers Falls NY, and Park Ridge, NJ.

Ziegler, 29, faces a maximum of 25 years in prison if convicted.