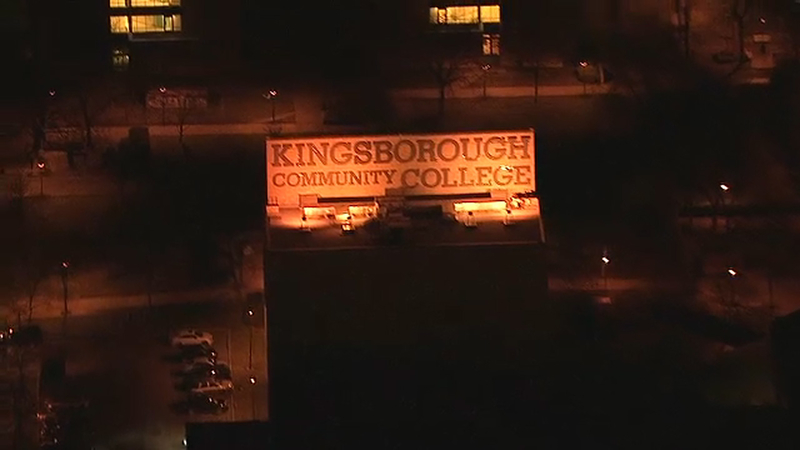 MANHATTAN BEACH, Brooklyn (WABC) -- A female student was sexually assaulted on the campus of Kingsborough Community College on Monday, according to police.

The 17-year-old victim told authorities that after she entered the bathroom in the library of the campus in Manhattan Beach, Brooklyn, she felt a presence behind her.

Police say she was pushed into one of the bathroom stalls from behind by a man she did not know.

The man attempted to lock the door behind him and then tried to sexually assault her, but the woman managed to get away and contact college authorities.

The victim is in stable condition at an area hospital.

The college issued a statement, saying, "This incident is currently under investigation by the NYPD. The college is taking all measures to safeguard its students, faculty and staff. The safety and security of our campus community is our first priority."

The report of the assault raised concern among students.

Instead, she said she will use only the private one at her on-campus job.

Other female students said they too are making changes after learning of the incident.

"I'll be more focused on where I'm going instead of not paying attention," sophomore Sumatee Khail said.