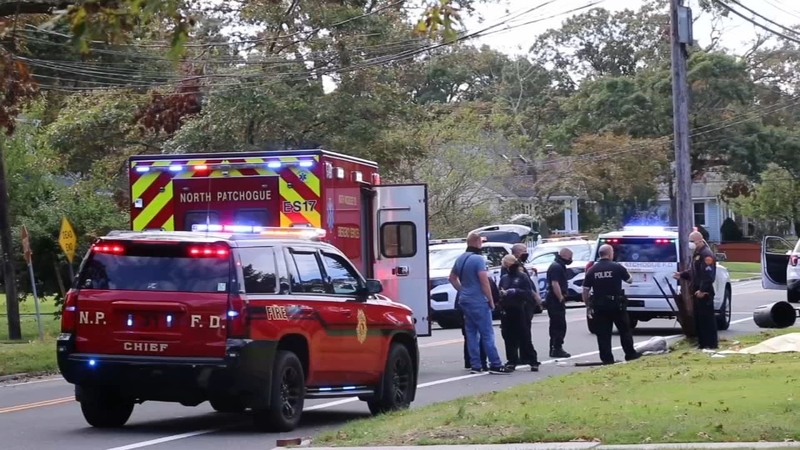 BELLPORT, Long Island (WABC) -- An investigation is underway after two bodies were found at a home on Long Island.

Suffolk County Police found a horrific scene at a home in Bellport, while trying to notify next of kin after a driver took his own life following a traffic stop.

Police say they performed a traffic stop on a 2003 Honda Civic at an intersection on Montauk Highway in East Patchogue around 10 a.m. Tuesday.

Police say they have recovered human remains that are associated with the MS-13 gang in Nassau County.

The man was pronounced dead at the scene.

Sandy Kenyon has more on the life and legacy of legendary guitarist Eddie Van Halen.

When detectives went to the home in Bellport to notify the victim's relatives, they discovered the bodies of a man and woman inside the home.

An autopsy will be done to determine how the victims died.