WABC
By Nina Pineda
ELTINGVILLE, Staten Island (WABC) -- When a new fridge flooded and caused thousands of dollars in damage, a young couple says a retail giant turned its back on them.

"To be honest I was so upset, I couldn't even handle it," Jason Anello said.

Welcome to Jason and Abby Anello's newlywed nightmare. Their new home was ruined before he could even carry her over the threshold.

"It's just been a big headache," Anello said.

He's talking about the thousands in water damage due to a faulty fridge installation.

The listing for their Staten Island home caught their eye and features an open floor plan with a big kitchen and hardwood floors. So, they bought it.

"We put a lot of money into the house with renovations," said Anello.

RELATED | 7 On Your Side: Young car-buyer wrangled into a ripoff

One of the expenses included a fancy new fridge from Best Buy, who the couple paid to install it.

But on the delivery day there was a snag.

"They were supposed to be here around 12 in the afternoon, they didn't show up until 12 midnight," said Jason.

Days after the delivery, the couple noticed a problem.

"In my basement, I noticed water dripping and a big puddle on the floor," said Anello.

Water was coming from a hole in the plastic water line leading to the back of the fridge. Since he had not moved in, Jason only discovered the leak a week after installation.

The fridge flood ruined both the kitchen hardwood and sub-floors, then drained down to the basement - soaking the ceiling and walls.

"I had to pay someone to rip up the floor, move cabinets," said Anello. "That was a big job, rip up walls, ceiling. It was a mess."

Jason paid $9,689 to remediate and fix the damage. His kitchen went from waterlogged to wonderful.

Jason filed a claim with Best Buy who sent their insurance adjuster and the installer who put in the fridge.

But since Best Buy hired a third-party contractor to do the install - the insurer said Best Buy wasn't responsible and denied Jason's claim.

"I was like, 'Are you kidding me?' You hired them. I hired you. I paid you. So, you should take responsibility for that,'" Anello said.

Even worse is that the installer used a plastic water line which was "not recommended" by the fridge manufacturer - Samsung - since they're more susceptible to leaking. Copper is the standard.

But after 7 On Your Side contacted Best Buy, they made it right.

"Basically, Best Buy called us, and they apologized for everything that happened and said they were going to send a check and that's what they did," said Jason.

A Best Buy representative said, "this is not the experience we want any of our customers to have."

And just days after making contact, Best Buy fully reimbursed the Anellos for all the floor damage: $9,689.

"You guys are awesome. I know that there's people out there that really care," Anello said.

Email 7OnYourSideNina@abc.com, or contact Nina on her Facebook page or tweet her at Twitter @7OnYourSideNY! You can also call the 7 On Your Side Hotline at 917-260-7697 or fill out the form below.
Report a correction or typo
Related topics:
shoppingstaten islandnew york cityeltingvillehome repairsbest buyhome improvement7 on your side
Copyright © 2020 WABC-TV. All Rights Reserved.
7 ON YOUR SIDE 7OYS: Your guide to Giving Tuesday 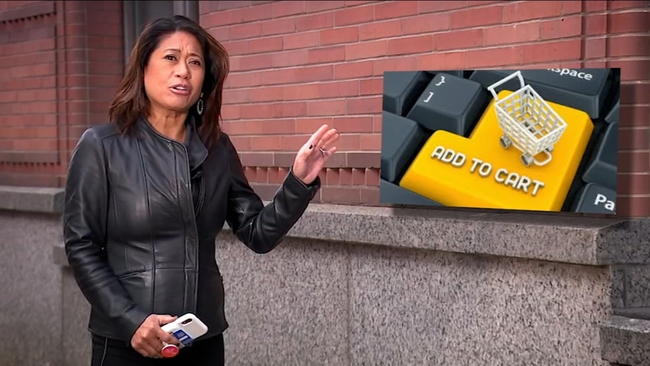 7OYS: How to score the best Cyber Monday deals