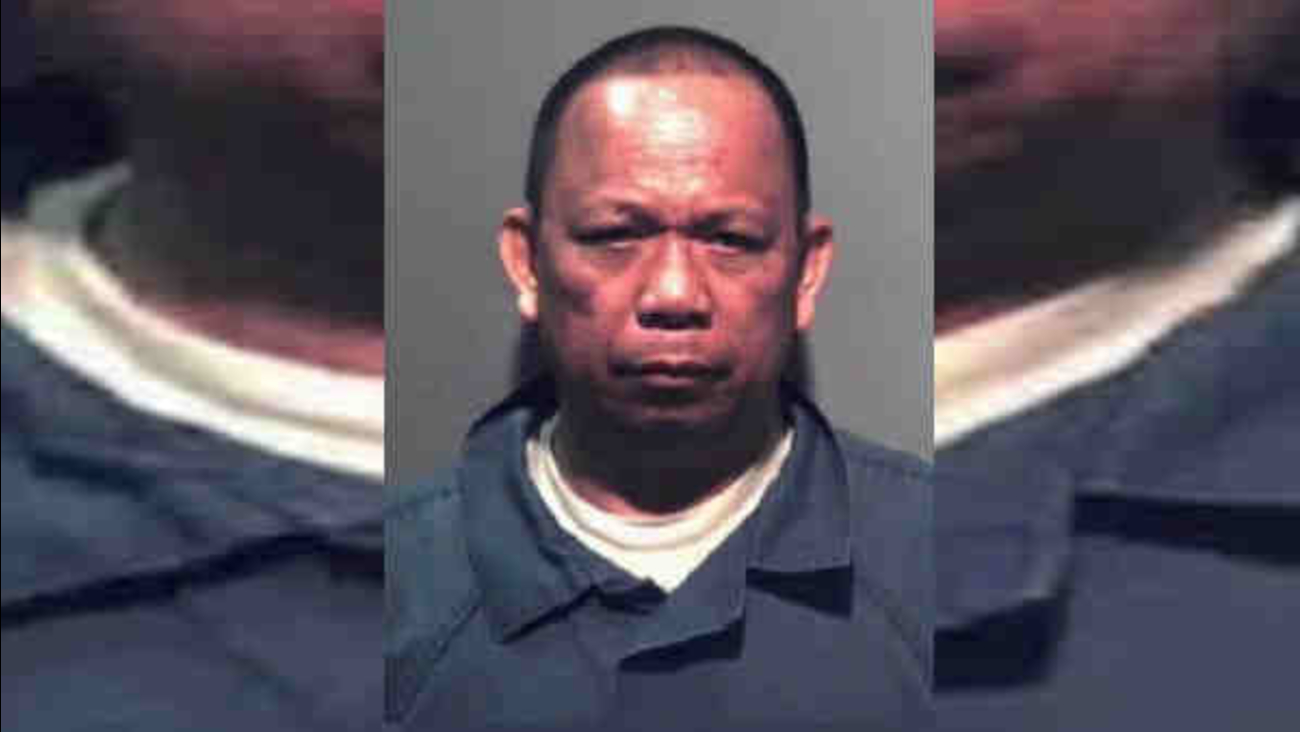 WASHINGTON, D.C. -- The shooting spree began with a domestic slaying in an unusually public place.

According to police, Eulalio Tordil, a federal security officer, shot and killed his estranged wife as she waited to pick up her children in the parking lot of a suburban Washington high school on Thursday afternoon. He also shot and wounded a bystander who tried to intervene, police said.

On Friday morning, police said, Tordil shot three people outside an upscale mall in Bethesda, 15 miles away from the high school. One man died and two others were wounded, one of them critically. Then, he drove to a supermarket five miles away in Silver Spring, where he fatally shot a woman who was sitting in her car, police said.

Tordil will have to answer in court for the string of carnage attributed to him: three people dead and another three wounded in roughly 20 hours.

Detectives worked through the night Thursday, trying to use cellphone technology to pinpoint Tordil's location. But they weren't able to catch him. The next day, according to police, he struck again, this time apparently choosing his victims at random.

The attacks were reminiscent of the D.C. sniper shootings, which paralyzed the nation's capital and its suburbs in 2002. In an eerie coincidence, the supermarket slaying occurred just a few hundred feet from where the snipers fired their first shots.

Unlike with the snipers, however, police had an idea about who was responsible. Plainclothes officers spotted Tordil's car at a strip mall across the street from the supermarket Friday, and they watched him for more than an hour as he moved from store to store, eating at Boston Market and getting coffee at Dunkin' Donuts, police said. Fearing that he wanted to provoke officers into shooting him, police waited him out until he returned to his car.

Then they boxed him in and drew their guns. He emerged from the car with his hands up.

"We did not want to endanger anyone and have a shootout when we took him into custody," Montgomery County Police Chief Thomas Manger said. "That may have been what he wanted."

"It's tragic that we were not able to intervene prior to additional individuals being harmed," Stawinski said.

Tordil worked for the Federal Protective Service, which provides security at federal properties. He was put on administrative duties in March after a protective order was issued against him when his wife said he had threatened to harm her if she left him, The Washington Post reported. Tordil subjected their children to "intense-military-like discipline," like pushups and detention in a dark closet, according to the order.

The protective service said Tordil's weapon, badge and credentials were taken when he was placed on leave. Police found a weapon in his car but did not describe it.

The arrest occurred in full view of dozens of witnesses who were working, shopping, eating lunch or getting their nails done.

"They had a bunch of guns pointed at him, and he was coming out of the car with his hands up," said Dominique Lee, who was walking out of the flower shop where she works when Tordil was arrested.

"He just got out of his car. He gave up," said Jason Palmer, a private investigator who lives nearby and had started to search for the gunman himself. "They pinned him in."

The arrest took place just steps away from a Michael's craft store that was the first target of D.C. sniper John Allen Muhammad. Muhammad's shot into the store did not hit anyone, but he killed a man about a mile away less than an hour later, kicking off a three-week killing spree that left 10 dead.

Tordil ate at the same Boston Market as Muhammad and Lee Boyd Malvo, who was also convicted in the sniper attacks.

"They ate in the same restaurant where we were having the surveillance here today, which was an irony that was not lost on me," said Montgomery County State's Attorney John McCarthy, who prosecuted Muhammad. "I think it's a coincidence."