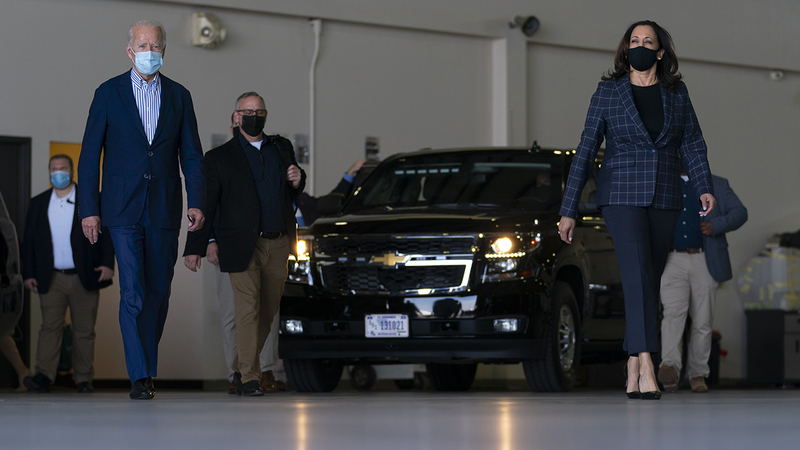 PHOENIX -- There are few topics that Joe Biden isn't willing to opine on - except the Supreme Court.

The Democratic presidential nominee and his running mate, Kamala Harris, are refusing demands from Republicans - and some fellow Democrats - to say whether they would seek to expand the number of justices on the Supreme Court.

Harris dodged persistent questioning about the issue on Wednesday during her debate against Vice President Mike Pence. And facing pressure to take a stance during a campaign swing through Phoenix on Thursday, Biden offered a particularly terse response.

"They'll know my position on court-packing when the election is over," he said.

In the final weeks of the campaign, Biden is in a bind when it comes to the future of the judiciary. Republicans, increasingly fearful of losing both the presidency and the Senate, are seizing on the issue to make a last-minute argument to voters that a Biden administration would upend norms and install liberals on an expanding Supreme Court. Some progressive Democrats are pressing Biden to embrace all means possible to counter Republican power plays that have pushed the court to the right.

The debate is likely to intensify next week when Senate Republicans start confirmation hearings for Amy Coney Barrett. She would cement a 6-3 conservative majority on the court, the balance already tilted by Republicans' holding open a vacancy in the 2016 election year by refusing to consider President Barack Obama's nominee.

Biden and Harris have said the Senate should wait until after the election to fill the seat. Biden has pledged to select the first Black female justice if given a chance. But he and Harris are otherwise taking pains to avoid talking about their vision for the Supreme Court's future.

Tad Devine, a former top adviser to Sen. Bernie Sanders' presidential campaign, said that Trump and his allies are pushing the issue to undercut Biden's opening with moderate Republicans and that the ticket is wise to dodge the question for now.

"When you choose to engage on any issue like this, you're going to create news coverage, awareness and back and forth," Devine said. "And when you refuse to engage, you make it really hard for the side that's trying to create the engagement."

Democrats also are trying to shore up any advantage by emphasizing that a conservative court could finally overturn the 2010 Affordable Care Act, which has grown in popularity over time but faces its latest challenge in oral arguments slated for Nov. 10, a week after Election Day.

Polling suggests most Americans want the Senate to wait on confirming a new justice until after the election.

Indeed, the Constitution says nothing about the number of Supreme Court justices or lower court judges, only that the president nominates federal jurists and the Senate confirms them. The high court, in fact, has had as many as 10 justices since Congress set the original roster of six in 1789.

There are no formal proposals to add justices, and the court wasn't a topline issue in the presidential campaign before Ruth Bader Ginsburg's death last month. But since then, Senate Minority Leader Chuck Schumer has said "nothing is off the table" if Republicans rush Barrett's confirmation.

The matter presents Biden with uncomfortable realities. A former vice president and six-term senator, he venerates the Senate and a bygone era of deal-making that he insists is possible again. But the current confirmation politics don't easily fit that vision.

Further, Biden's reluctance to disclose a position on court expansion stands out from his willingness to engage on other divides within the broad coalition he's trying to marshal against Trump. The progressive movement clamoring for a larger Supreme Court also wants a single-payer health insurance system, tuition-free college for all Americans and a complete phase-out of fossil fuels. Anti-Trump Republicans considering Biden still prefer the president's tax and regulatory policies to Biden's.

The Democratic nominee has told them all no - unlike his sidestepping on court expansion.

"The moment I answer that question, the headline in every one of your papers will be about that, other than focusing on what's happening now," Biden told reporters, referring to Barrett's fast-paced confirmation process after millions of voters are already casting early ballots. "They're denying the American people the one shot they have, under constitutional law, to be able have their input" by electing a president, Biden said.

His predicament is an outgrowth of years of gamesmanship across both parties.

Republicans' push for Barrett is at odds with the reasoning they used to ignore Obama's nomination of Merrick Garland after Justice Antonin Scalia died nine months before the 2016 election. Democrats in 2016, including Biden, made an argument Trump makes now: A president's power lasts a full four years.

Republicans abolished the filibuster for Supreme Court confirmations in 2017 to fill the seat they'd held open, ending the long-standing practice of effectively requiring 60 senators to confirm a justice.

In 2013, Senate Democrats abolished filibusters for regional appeals court posts like the one Barrett now holds on a Chicago-based bench. They cited Republicans' blocking of Obama appellate nominees and GOP calls to reduce the size of the appeals courts by eliminating some seats they were ensuring remained empty, a kind of reverse "court packing."

Before that, it was Senate Democrats - including Biden - opposing conservative nominees from President George W. Bush and Republicans dragging their heels on many of President Bill Clinton's second-term nominees.

So it goes back to a titanic fight in which Biden played a starring role. As Judiciary chair in 1987, he presided over a hearing and vote that ended with conservative luminary Robert Bork being denied a Supreme Court seat.

Biden's hope in 2020 is that enough voters can take the same philosophical view that his Republican colleague and fellow future presidential nominee Bob Dole took 33 years ago.

"He's very fair to me in there," Dole, then the Senate Republican leader, said of Biden during a break in Bork's hearings. But, Dole added: "The big test is coming. It'll test not only the chairman, who I think's a good chairman, but everybody else. ... The people are going to find out who's playing politics and which ones are asking reasonable but tough questions."
Report a correction or typo
Related topics:
politicskamala harrissupreme courtjoe biden2020 presidential electionu.s. & world
Copyright © 2021 by The Associated Press. All Rights Reserved.
2020 PRESIDENTIAL ELECTION 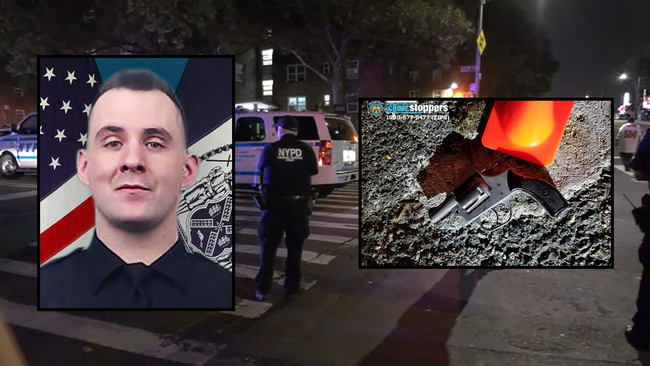