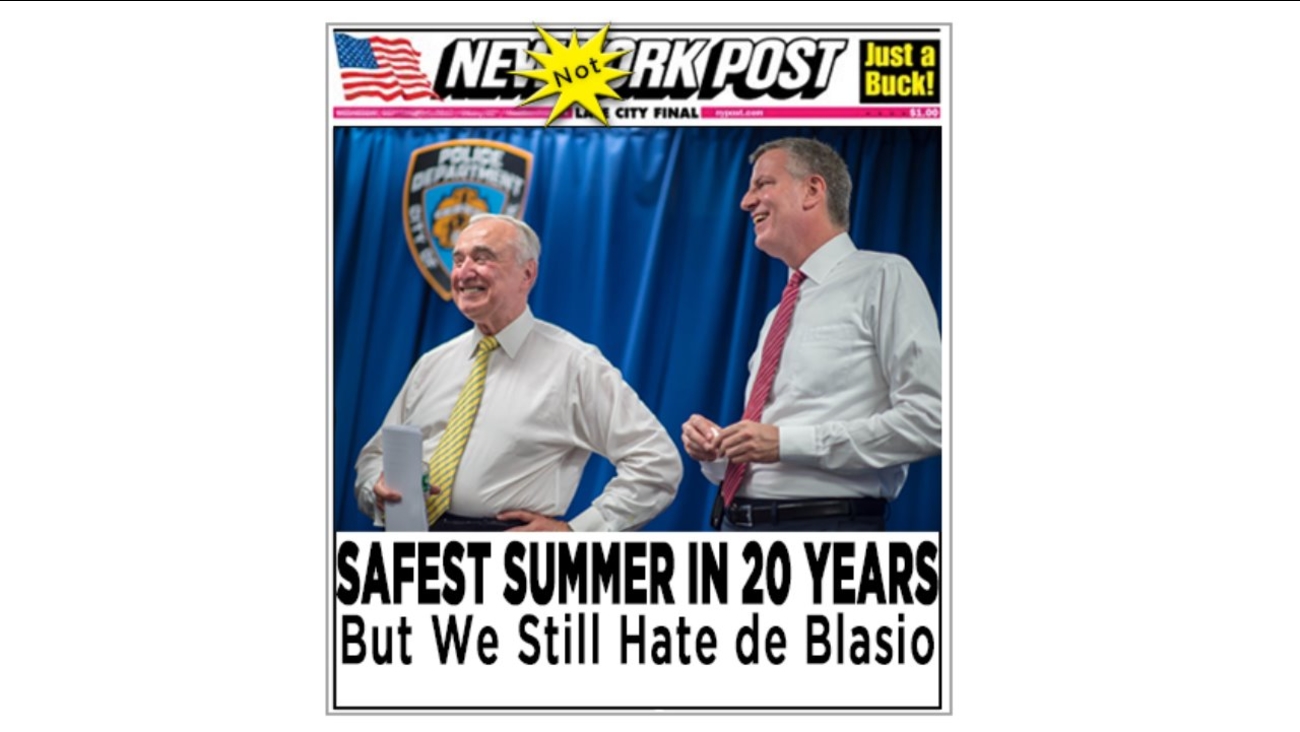 The city announced Wednesday that it's had the safest summer in at least 20 years -- at least as long as it's been using modern crime tracking methods. The summer period it used as a reference is June 1 through August 31. During this time, officials said there were 82 murders and 345 shootings. Officers also made about 9-percent more gun-related arrests than in the same timeframe in 2014.

De Blasio, who is often criticized by some media publications, posted to Twitter his Photoshopped take on the next day's headline in the New York Post:

That was not the headline, though, in Thursday morning's paper -- de Blasio didn't make the top story.

The mayor hasn't been immune to criticism since he took office in 2014, especially from the NY Post and the police department.

At the funerals for two police officers killed in Brooklyn, hundreds of officers turned their backs to the mayor in a sign of disrespect. Police union leaders said de Blasio helped foster an anti-NYPD sentiment by allowing protesters to march through New York City's streets after a grand jury decided not to indict an officer in Eric Garner's death. Tension eventually settled between them.

De Blasio's "words are measured and careful to know that there's support, and that's important," Patrolmen's Benevolent Association President Patrick Lynch said in May. He also once said de Blasio had "blood on his hands" after Rafael Ramos' and Wenjian Liu's deaths.

The Post even published a story in December titled "No, Bill Bratton, The Post doesn't hate de Blasio - we just love cops"