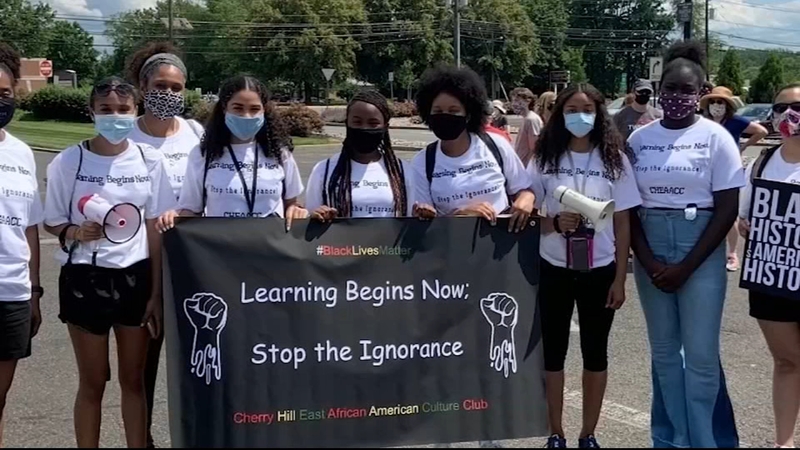 A historic vote Tuesday made the district the first in New Jersey to require that African American studies are a mandatory course in order for high schoolers to graduate.

"It's not about color. It's teaching the truth to the history," Cherry Hill West parent Tina Truitt said.
Truitt is also the president of the Cherry Hill African American Association.

"If Cherry Hill is a melting pot, we need to act accordingly," she added.

The Cherry Hill School District serves more than 10,000 students. It remains predominantly white. Fewer than 10% of the students are Black.

The district said the new course is a long time coming. The graduation requirement affects incoming freshmen in 2021 and going forward. It's a collaborative effort with Black professors from local universities like Monmouth University and Rowan.

"What has gone on for hundreds of years has to stop. This is not something that just happened. There are systemic problems with race in the United States and we must talk about them," Superintendent Dr. Joe Meloche said.
The curriculum is still in the developmental stage. What makes it different from current history courses now is that it will include more than the Mid-Atlantic slave trade and also incorporate current events like the death of George Floyd.

"When students of color and students who look like me walk into a classroom that their counterparts are not looking at them through a marginalized or deficit perspective," Dr. Farrah Mahan said.

The district does acknowledge that the vote was met with controversy. Some parents argued why the district would implement a course based on race if race shouldn't be an issue in 2021. But to that criticism, the district said this new change speaks to what students called for and is a long time coming.

In the latest episode of "The Sitdown with Sandy Kenyon," director Lee Daniels and actress Andra Day discuss their vision for "The United States Vs. Billie Holiday."