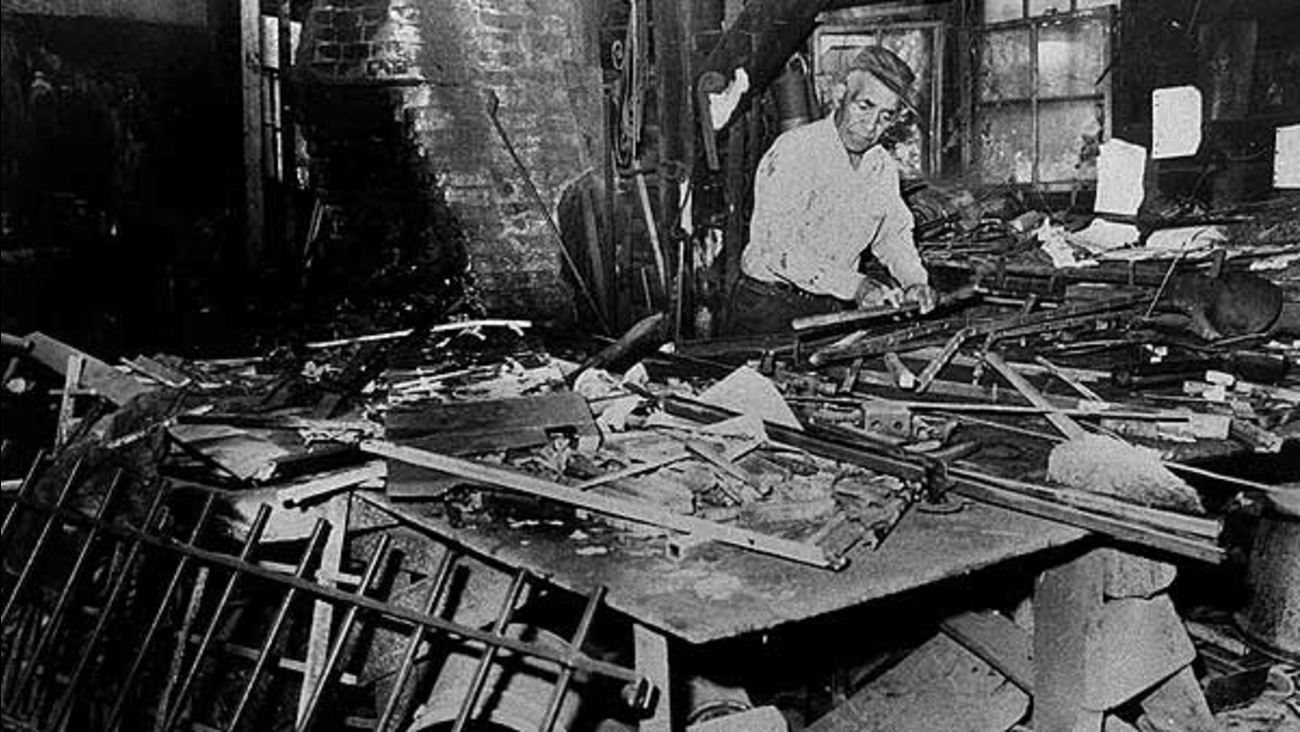 Joseph W. Bishop, who died in 1986, is shown in his Sandy Ground blacksmith shop, which operated from a wooden barn in New York's Staten Island for over 125 years. ((AP Photos, Sandy Ground Historical Museum))

NEW YORK -- When Captain John Jackson bought land in 1828 in what is today known as Sandy Ground, he became the first black landowner in Staten Island. Soon after, other freedmen followed him, and the village became one of the first free black communities in the country.

The community was a successful farming village and prospered even further when it became a prime location for oyster gathering in 1841. Sandy Ground was further enriched culturally when in 1850, the Zion African Methodist Episcopal Church was founded. The church became a social hub for residents of Sandy Ground and likely an important Underground Railroad stop.