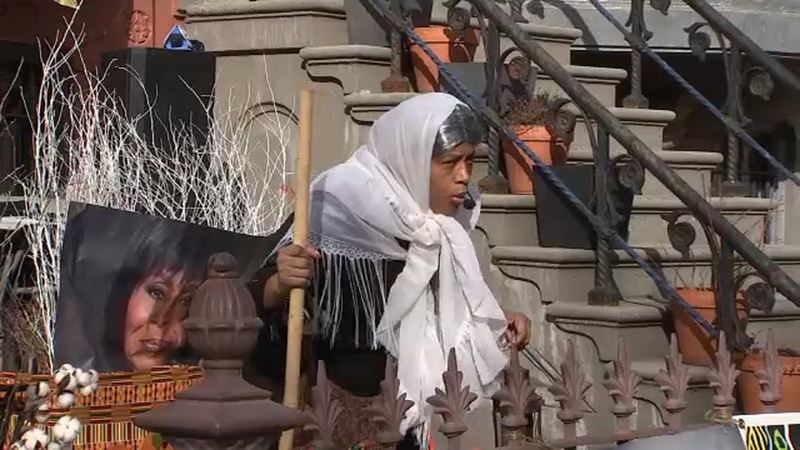 BEDFORD-STUYVESANT, Brooklyn (WABC) -- Miles from the Broadway theaters on a stoop in Bedford-Stuyvesant, one family is putting on a show that's all their own.

The vignettes showcase America's most famous civil rights icons. The showcase has been going on for 10 years, but the pandemic forced the Flowers family to take the show outside.

"I enjoy playing the character of Harriet Tubman for her endurance, what she had to endure to actually pull Black people through," Flowers said.

On folding chairs out on the sidewalk, neighbors learn about Supreme Court Justice Thurgood Marshall.

There's also abolitionist and women's rights activist Sojourner Truth and Emmett Till. He's the 14-year-old Mississippi child lynched and killed in 1955 after he was falsely accused of whistling at a white woman.

"It's important to inform our community of our history so that no one will be forgotten," organizer Zahne Flowers said.

Now, they fight to remember.

Documentary "Downfall: The Case Against Boeing" argues that the deaths of 346 passengers aboard two airline flights could easily have been avoided. Sandy Kenyon has more.