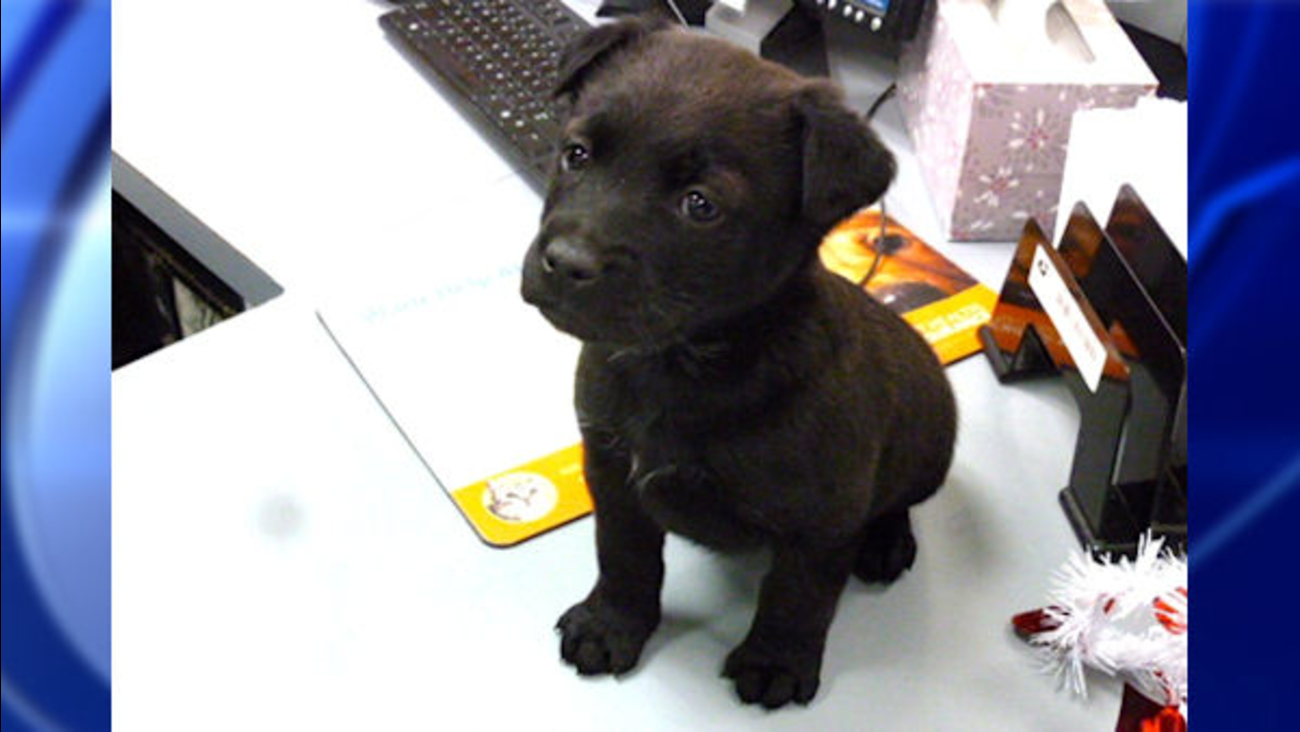 A 3-month-old female black lab was thrown into the clothing bin Wednesday night at a shopping center in Centereach. (WABC)

CENTEREACH, N.Y. (WABC) -- A puppy found dumped in a clothing bin on Long Island in near subzero temperatures has a new home.

The 3-month-old female black lab was thrown into the clothing bin Wednesday night at a shopping center in Centereach.

A woman was spotted putting a plastic bag in the bin then driving away by a man who pulled over to make a phone call. He said he heard bottles rattling around.

He thought that something seemed strange and decided to look in the bin and spotted the puppy, he pulled it to safety.

The Suffolk County SPCA says that if he wasn't there, the puppy would have died.

The man who found the puppy is adopting her.

The suspect is described as a 39-year-old white female, 140 to 150 lbs. with straight long brunette hair.

She was driving a black Ford Expedition with chrome wheels and a partial plate of 6744 (New York).

Anyone with information about this crime is asked to call the Suffolk County SPCA at 631-382-7722. All calls will be kept confidential.

The reward being offered in the case has been increased to $3,000.