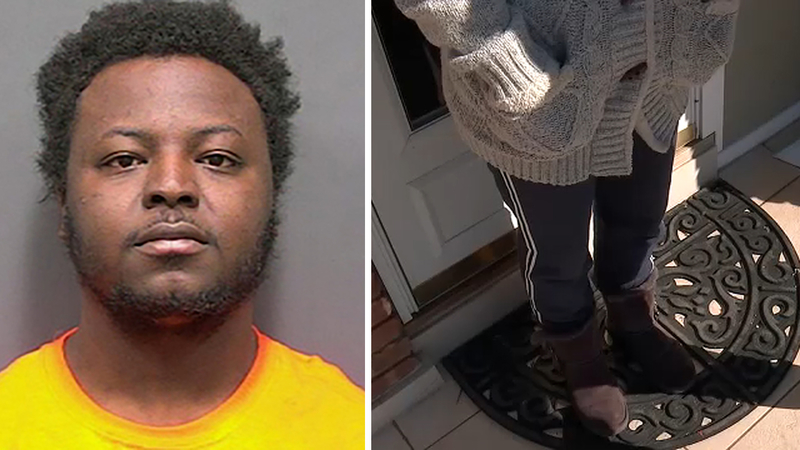 SPRING VALLEY, New York (WABC) -- The man accused of stabbing a security guard to death in a New York library earlier this week also tried to rape a woman at a hospital last year, officials say, and now, that victim is speaking out to Eyewitness News.

Sandra Wilson was killed at Finkelstein Memorial Library in Spring Valley on Tuesday afternoon, allegedly by 25-year-old Blanchard Glaudin, a regular who police say went on the attack after Wilson asked him to turn down his music.

Authorities announced Thursday that a suspect by the name Glaudin Blanchard attempted to rape a woman while at Nyack Hospital on November 9.

That victim, who we are not identifying, said she and Blanchard were both patients when he attacked her in the middle of the night. She said he had made previous comments to her that she found strange.

"He just made some weird comments, and this was in front of staff, and in the middle of the night, he came into my room, and that's when he tried to rape me," she said. "I woke up with him on top of me, and his fists, his hands on top of me. He was wearing socks on his hands...He was choking me. He told me not to scream and that he would give me some airway."

She said she managed to tackle him and fight him off until hospital staff came into the room, but he kept trying to pull her pants down and touched her inappropriately.

"I definitely thought he was either going to kill me then rape me, or just rape me," she said. "It was either of the two, that's what it felt like."

She said she was shocked to learn about the library stabbing.

"I came to find out that the person who attacked me is the same person who killed the woman in the library," she said. "It was nerve-wracking for me, because I thought that he was put away. I had no idea what happened after he attacked me. I thought that there was some sort of justice, but the fact that he was out and walking around and ended up hurting somebody else, it's terrible. I'm in complete shock, and it's very traumatizing."

Attempted rape remains a bail-eligible charge under the new law, so it is unclear how or why he was released. District Attorney Thomas Walsh is ordering a full investigation, stressing he was not in office at the time this happened.

"I'm very confused on how he slipped through the system and they let him out," the victim said. "He shouldn't have been out, and I think that if he wasn't out, this whole thing could've been prevented. Someone didn't have to get killed."

"I actually grew up in Spring Valley, so I was shocked," the victim said. "The fact that people in a public setting where kids go to, anybody can just go into, somebody got murdered."