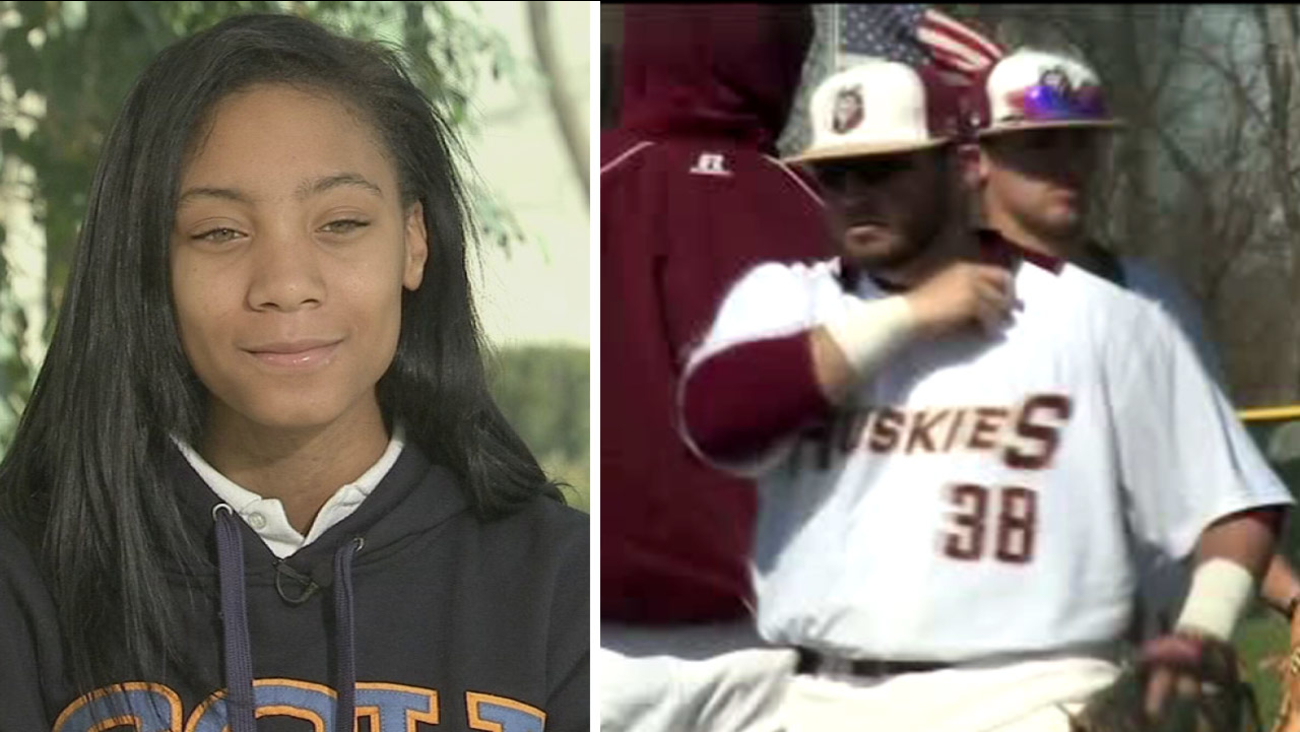 BLOOMSBURG, Pa. (WABC) -- Bloomburg University said it is standing by the dismissal of a baseball player over an offensive tweet about Philadelphia's Little League pitching star Mo'ne Davis, despite the girl's intervention.

In a statement released Monday, Bloomsburg officials confirmed Mo'ne reached out to the school, asking that the dismissal of Joey Casselberry be reconsidered.

"Her request demonstrates the type of person she is, her level of maturity and the empathy that her family and coach teach her," Bloomsburg U. spokesperson Tom McGuire wrote.

Still, the university will stand firm in its decision, McGuire said. However, he added, Casselberry's consequences will be reviewed "as is common in disciplinary actions like this."

"Everyone makes mistakes," Mo'ne told ESPN's SportsCenter. "Everyone deserves a second chance. I know he didn't mean it in that type of way. I know people get tired of seeing me on TV. But sometimes you got to think about what you're doing before you do it.

"I know how hard he's worked. Why not give him a second chance?"

The Twitter account belonging to Casselberry had been deactivated as of Saturday night, but screen captures of the tweet show that the player used an offensive word while criticizing news that a Disney Channel movie was being made about Davis.

Casselberry made reference to Davis' loss to Nevada during the Little League World Series.