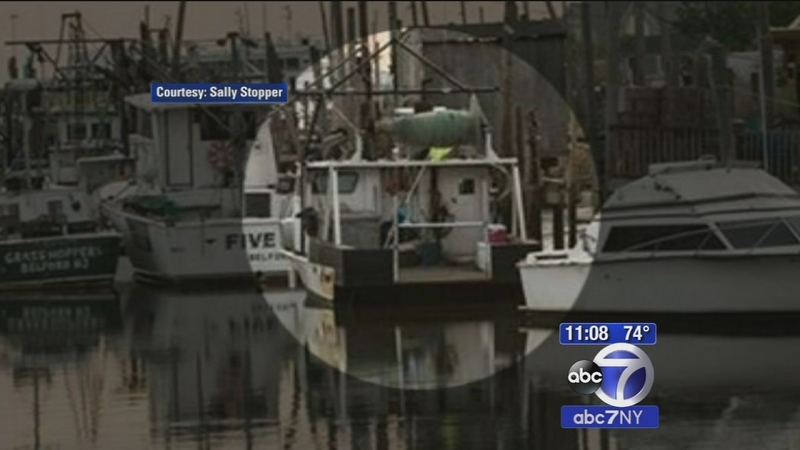 SANDY HOOK, N.J. (WABC) -- The search will resume Thursday morning for a boat captain after State Police confirmed that a sunken fishing vessel in the Sandy Hook Channel is his boat "El Jefe."

The 40-foot fishing trawler belonged to Tom Andresen, according to family members. It is believed that he was the only person on board when the boat left a port in Belford on Tuesday; he has not been heard from since his boat disappeared. The El Jefe is normally docked in Belford.

A search began Tuesday after reports were received of a boat in distress around 4:30 p.m. It ended about five hours later and resumed Wednesday morning.

Due to dangerous water currents, the State Police Marine Services Bureau has suspended activity for the day, police say. Divers were getting caught in heavy boat lines because of the current.

The boat was found around 9 a.m. in the Sandy Hook Channel near an area that was being searched Tuesday. Divers have been in the water to search the boat and see if anyone was aboard.

Coast Guard confirmed that "sonar has found what they believe to be the missing vessel."

Andresen has two children and two grandchildren, according to his sister. He has lived most of his life in Rockaway Beach, Queens, before moving to New Jersey. The family has not heard from the captain since the boat was reported to have capsized.

"I'm not going to give up hope," said Martin Andresen, brother of missing fisherman.

Martin Andresen says he can't quite accept that his little brother is gone, divers found his brother's sunken boat in the choppy, brisk waters off Sandy Hook Wednesday, but they have not located his brother's body.

Fishing is all Thomas Andresen ever wanted to do.

"Since he was a little boy on the beach, he saw and boat and said to my sister who was 6, he was 4 he said, 'I want to be a captain, I want to have my own boat,'" Martin said.

Thomas always had boats as a young man, and kept them in marinas in Far Rockaway, but when he retired, he finally bought the 40-foot steel hull fishing boat El Jefe.

Tuesday, the boat took on water and sunk, and debris from it was seen by divers and rescue workers.

El Jefe was kept at the Belford marina, and others there said it was not in great shape.

"It was already double-plated once because the bottom was so bad, and that was probably three or four years ago, and it wasn't very good steel it was re-plated with," said fisherman Charles Kelly.

Still, it happened so fast, many wonder what could have caused it.

"You've got to count your blessings every time you come in. You don't realize how dangerous this industry can be and we took a sad loss today," said fisherman Frank Way.

His brother just wonders why his brother didn't get out.

"It supposedly sank so fast, and a 40-foot boat, it has to take time to go down," Martin said. 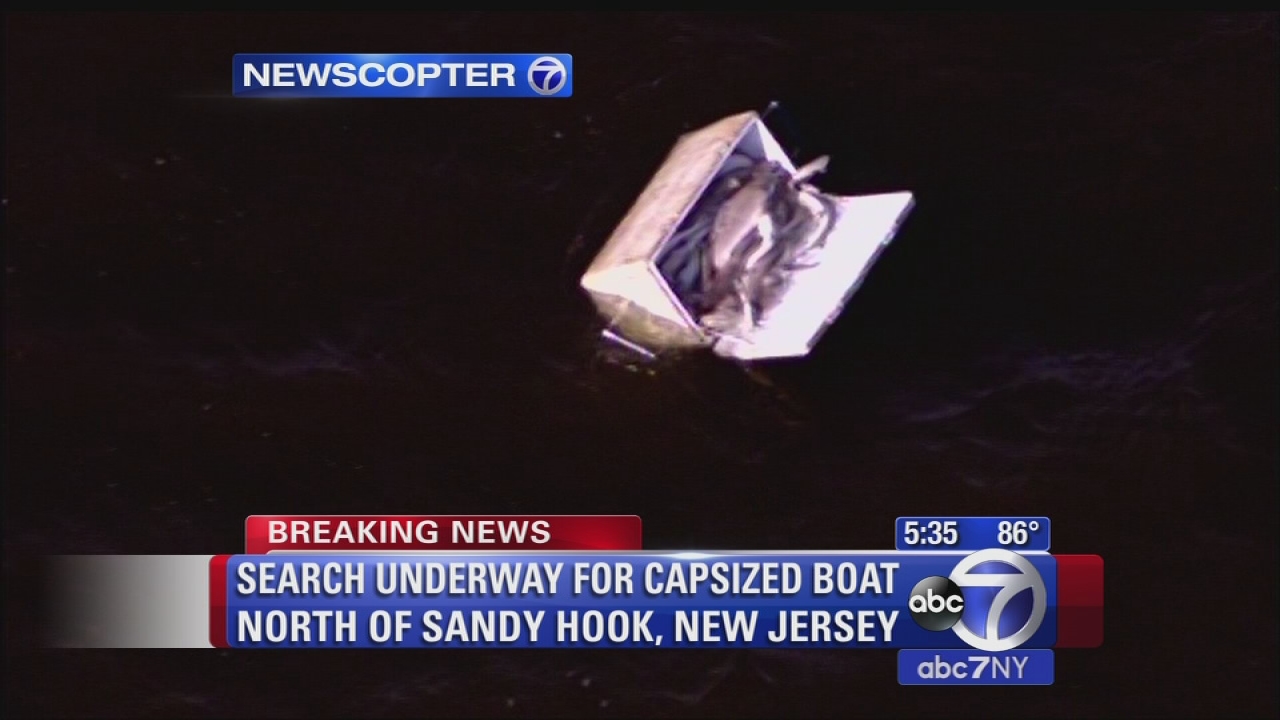 Coast Guard comments on search for capsized boat north of Sandy Hook
Bill Ritter speaks with Charles Rowe of the Coast Guard about the search.

Members of the Belford Seafood Co-Op identified the captain as Andresen, a newer fisherman from New York, on their Facebook page. The post also shows the El Jefe in the background (with green netting on spool behind it.)