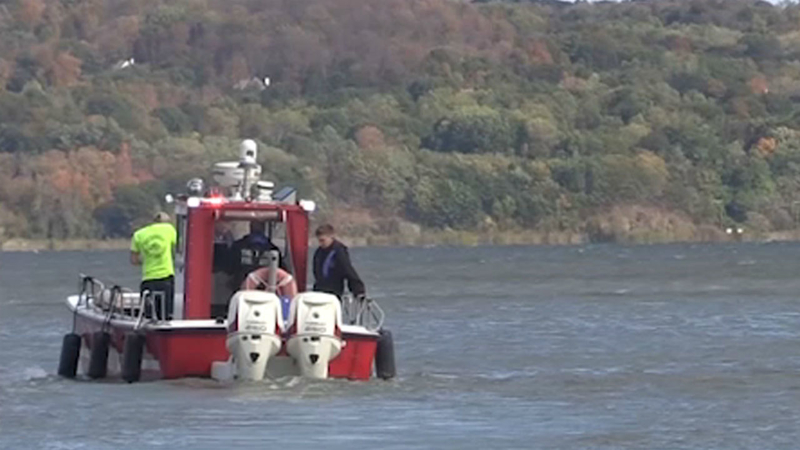 HAVERSTRAW, Rockland County (WABC) -- An 8-year-old child died after being pulled from the Hudson River during a boating emergency in Rockland County.

The incident was reported in Haverstraw Bay Park just after 1 p.m. on Friday.

Eight people -- one adult and seven children -- were on the boat off Haverstraw Bay Park when it overturned, the Rockland County sheriff said.

The victims were all wearing life jackets and were able to cling to the boat until they were rescued, but officials say one child was in the water longer than the others and officials had to give him CPR when he was pulled from the water.

All eight people were taken to Nyack Hospital where the boy was pronounced dead. He has been identified as Yosef Goldman.

Officials say the child lives in Israel with his family but his grandfather is a well-known rabbi in Monsey and they were visiting to celebrate a Jewish holiday.

The cause of the accident is still under investigation.