Bobbi Kristina Brown to be buried Monday next to mother, Whitney Houston, in New Jersey 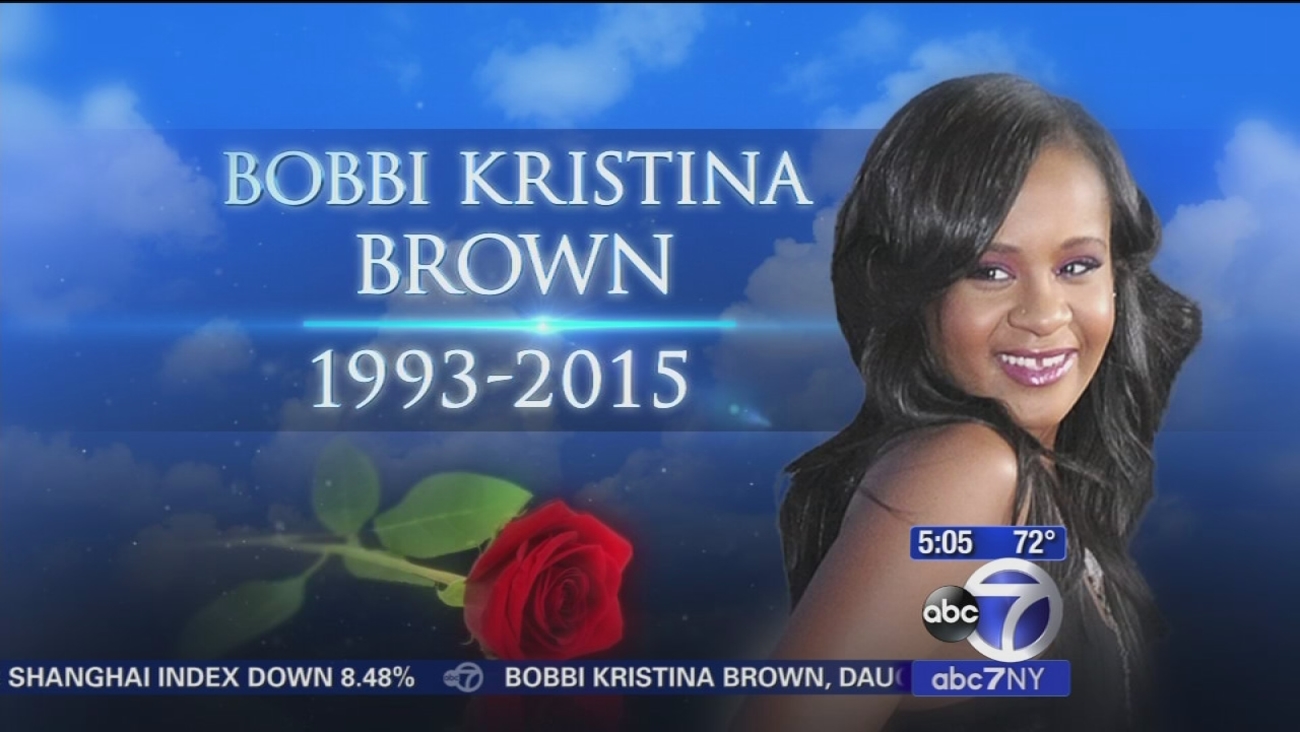 NEW YORK -- Bobbi Kristina Brown will be buried Monday next to her mother, Whitney Houston, in New Jersey.

Funeral services for Brown will be Saturday at 11 a.m. at St. James United Methodist Church in Alpharetta, Georgia.

Her burial is set for Monday during a private ceremony at the Fairview Cemetery in Westfield, N.J.

Bobbi Kristina's casket will arrive in a procession at 1 p.m. There is expected to be a 45 minute graveside service.

At 10 a.m. Westfield police will close East Broad Street to traffic, and it will remain closed until the burial is completed.

Westfield police will have extra police on site for traffic control and security. Private security have already been watching the gravesite, the location where Whitney Houston is buried.

Brown, 22, was the only daughter of singers Bobby Brown and Whitney Houston. She died July 26.

A police investigation is under way into the exact cause of her death.

Medical examiners say their autopsy turned up no obvious cause of death. The Fulton County, Georgia, Medical Examiner's Office said in a statement that it will likely be several weeks before it can rule on a manner and cause of death for the 22-year-old.

The next step is ordering lab tests and issuing subpoenas for documents - most likely Brown's hospital records.

She died Sunday at a hospice center in the Atlanta area. She was found face-down and unresponsive in a bathtub about six months ago.