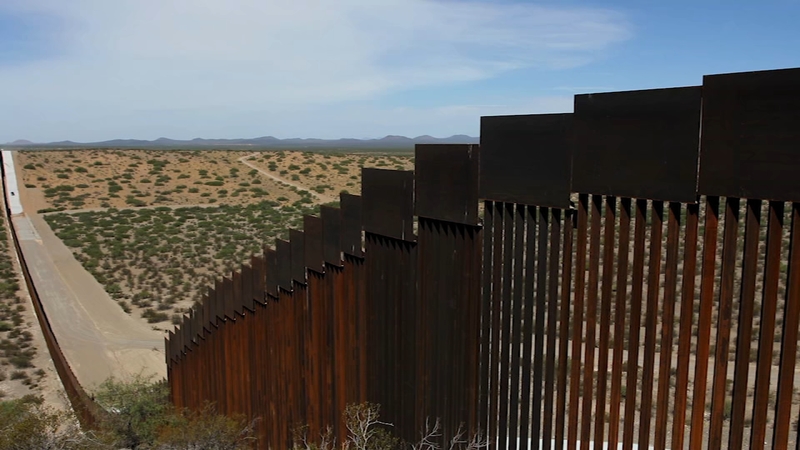 McALLEN, Texas -- Federal officials planned to celebrate a milestone Thursday along the U.S.-Mexico border, calling the completion of 400 miles of a new wall system historic.

They said it couldn’t be done…

They were wrong. 400 times and counting. pic.twitter.com/MWWP4cgoPi

The ceremony comes amid news that the Trump Administration had filed 75 lawsuits in the last six months to seize private land along the U.S.-Mexico border for the border wall, according to data reviewed by CNN from the Texas Civil Rights Project.

The new miles of border wall system give our @CBP agents the capabilities they need to do their job safely and effectively in the high impact locations. pic.twitter.com/zrSveQh958

"People right now are having to choose between their health and their homes," said Ricky Garza, a staff attorney at the Texas Civil Rights Project, a legal advocacy group, which is currently representing landowners in eight land seizure cases.

WHAT? From 2019: Mexican cheese wall going up at US-Mexico border

A Customs and Border Protection official told CNN that the administration is taking precautions in engaging with landowners during the pandemic, like talking over the phone instead of in person, adding that exceptions have been made on a case-by-case basis. Some landowners willingly have turned over their land.

Still, the administration is quickly pressing forward with its stated goal to build 450 miles by the end of this year, the majority of which replaces old, dilapidated barriers, with an updated and more enhanced system. A small portion of the new construction has gone up in areas where no wall previously existed. CBP officials said they're on pace to reach their goal, building between 10 to 12 miles a week, adding that some contractors have been working long shifts and weekends.

The pace of construction and piling on of lawsuits has caught many by surprise, including the landowners in the thick of it.

"It has gone fast, as far as the way things are going. We don't know what's coming next," Cavazos Rodriguez told CNN.