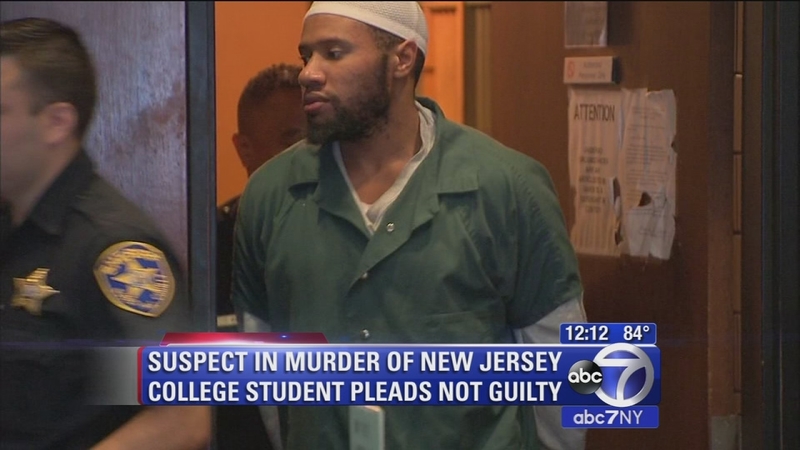 NEWARK (WABC) -- A Seattle man indicted on murder and terrorism charges Thursday in the shooting of a New Jersey college student last year pleaded not guilty at his arraignment Tuesday.

Ali Muhammad Brown, 30, is accused of fatally shooting Brendan Tevlin in June 2014 while the 19-year-old was stopped at a traffic light in northern New Jersey. According to authorities, he was in a fit of rage over the U.S. government's role in the Middle East. The case marks the first time a terror charge has been brought in the state in connection with a murder case.

The victim's mother, Allison Tevlin, spoke after court appearance, saying she is thankful to police and the prosecutor's office for getting them justice, and that her son is dead simply because he was an American.

Tevlin was shot multiple times in West Orange on his way home to Livingston, roughly five or 10 minutes away. Tevlin was home after completing his freshman year at the University of Richmond. At the time, Brown had been a fugitive for three weeks after authorities in Seattle identified him as a suspect in the slayings of two men early on the morning of June 1.

Brown was arrested in the woods not far from the site of Tevlin's shooting, in an area that includes a golf course and the South Mountain Reservation, a 2,000-acre park in the center of Essex County.