Gov. Andrew Cuomo: It's a 'sad day for this country' following Kavanaugh confirmation 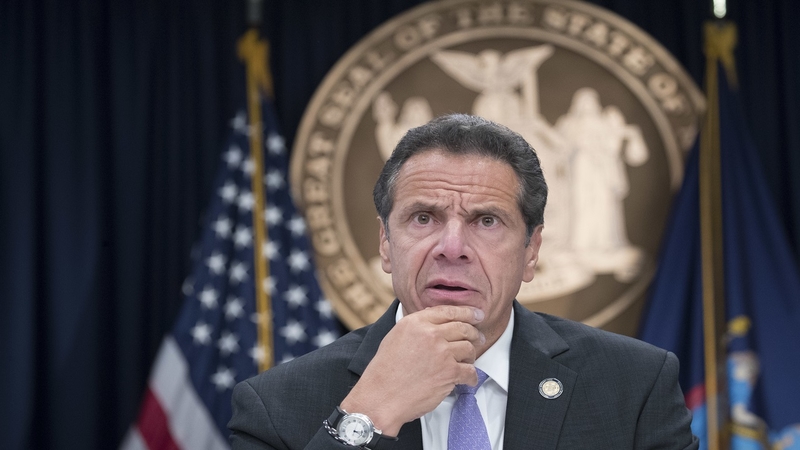 Gov. Andrew Cuomo: It's a 'sad day for this country' following Kavanaugh confirmation

"The confirmation of Judge Kavanaugh to the Supreme Court is a sad day for this country, and it will haunt us for as long as he is on the court.

"Today 50 senators put partisan politics over the sanctity of the highest court in the nation. In November, the American people get to respond and make their voices heard.

"In New York, we will not waver and will not back down. To Dr. Christine Blasey Ford and all survivors of sexual assault, we believe you and we will fight for you. The sham FBI investigation and the bigger sham, this confirmation process, have energized us to fight even harder for our shared vision for a better future for all.

"We will not wait for our rights to be taken away. Here in New York, I vow to codify Roe v. Wade within the first 30 days of my next administration, strengthen our common-sense gun safety laws and continue our progress expanding access to quality affordable health care. While extreme conservatives in Washington try to take this nation backward, New York will lead the way forward."

New York Senator Kirsten Gillibrand tweeted about the confirmation, saying 'Don't get fed up. Get fired up'.

Don’t get fed up. Get fired up. Hold onto the hurt and anger you feel now to fuel our fight forward. We need to organize, volunteer and donate to defeat everyone who wouldn’t listen. We need to go to the ballot box on Nov. 6 and vote for candidates who share our values.

May our outrage get us out working.#Midterms

On this heartbreaking day, we should take a minute to focus on the massive grassroots movement built by activists and survivors during the confirmation process. We lost this fight and the result will cause pain, but it’s clear our potential to organize for change is limitless.