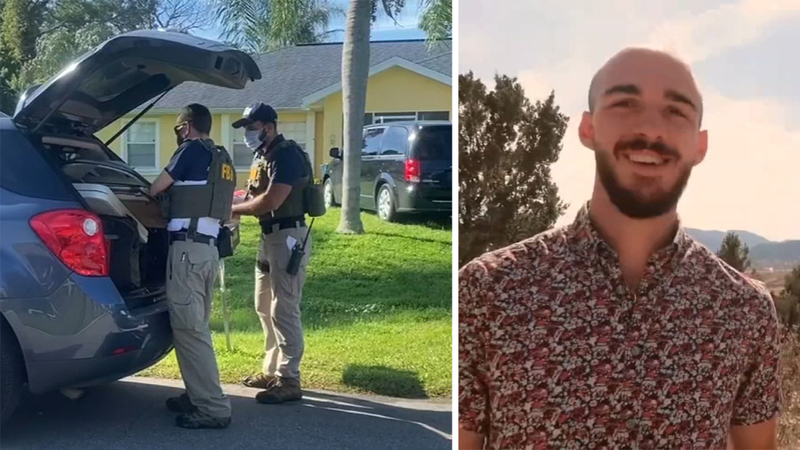 Why isn't there an arrest warrant for Laundrie? Dan Abrams explains

NEW YORK (WABC) -- ABC News Chief Legal Analyst Dan Abrams explained why there hasn't been an arrest warrant issued for Brian Laundrie in the Gabby Petito case and why the cause of death for Petito has yet to be released.

"They want to find him. Period. They are now devoting all of their resources as if there was an arrest warrant out for him. But there's still not officially an arrest warrant," Abrams said.


"Why not?" George Stephanopoulos asked on "Good Morning America."

"I think that they want to gather all of the evidence so that they don't get accused in a trial later of making mistakes," Abrams said.

A warrant could change the obligations of Brian Laundrie's parents.

"Suddenly, if he's a fugitive from justice, right now he's just a person of interest. That just means they want to find him, right? The minute that arrest warrant comes down, then, anyone who harbors him, anyone who helps him evade justice, etc, now they're committing a crime," Abrams said. "And that's the legal line that has to be crossed. That the minute that warrant is issued, now you assist, you help, you're harboring a fugitive."

"If the parents sent the investigators off into the wrong direction, that's a problem?" Stephanopoulos asked.

"Absolutely, we were just talking about this. If that park was a false flag, if actually there was not a car there and that's not where they found it, and it was all made up, the parents absolutely could be in legal trouble for that," Abrams said.

"What does it mean that there was no ruling on the cause of death?" Stephanopoulos asked.


"It just means that they want to take a few more minutes. Meaning, homicide means death at the hands of another. She was murdered. Period. Now the question is going to be what exactly was the cause, again, they just want to dot the I's and cross the T's on this so if and when there's a trial they don't say, 'Well, you know you initially said that it was this and you slightly changed it when you had more evidence.' So I think they just want to get everything in order. I don't think that particular issue is that particularly relevant right now, the most important issue is finding Brian Laundrie," Abrams said.

Police in Moab released a body camera video of the interaction between Gabby Petito and Brian Laundrie.