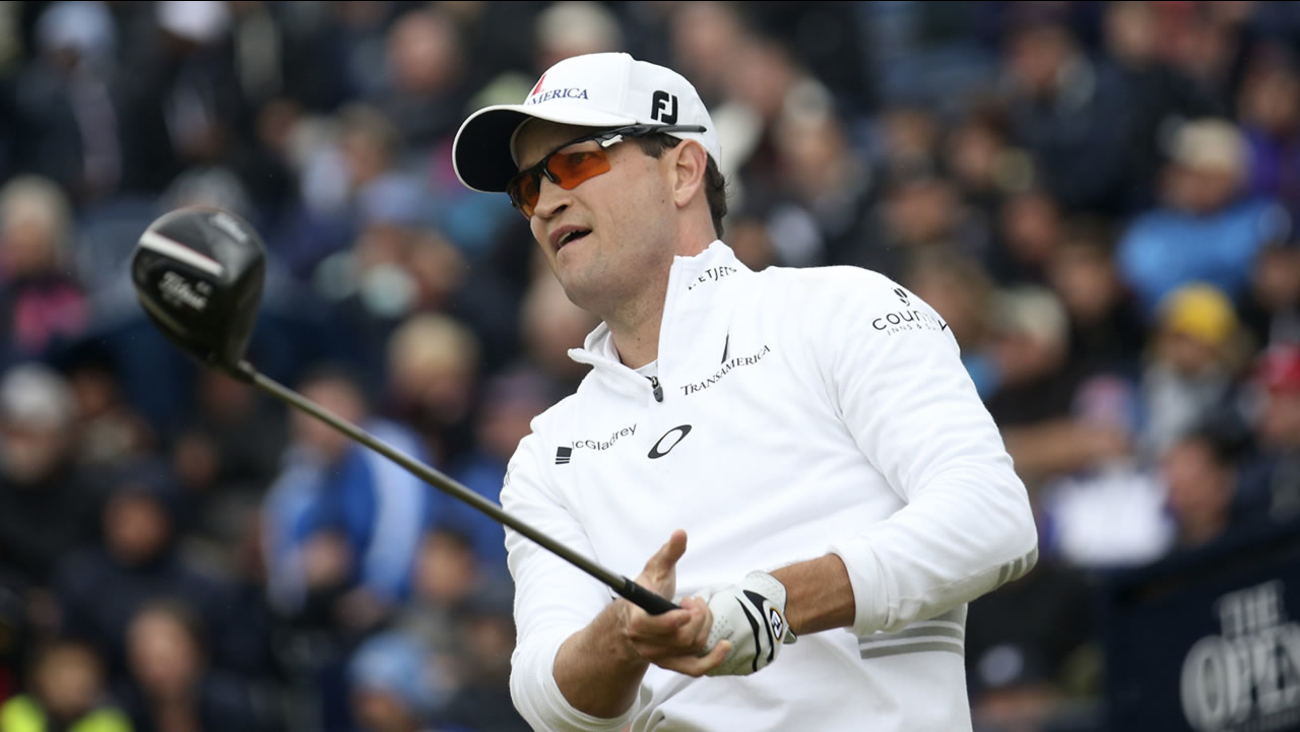 United States' Zach Johnson drives a ball from the 17th tee during the final round at the British Open Golf Championship. (Peter Morrison)

Johnson captured his second major at the home of golf, winning the British Open in a playoff over Louis Oosthuizen and Marc Leishman that capped off a wild five days at St. Andrews and a finish that won't soon be forgotten.

Most of that was because of Spieth, who came within inches of a shot at the third leg of the Grand Slam. The Masters and U.S. Open champion rolled in a 50-foot birdie putt on the 16th hole to tie for the lead with two holes to play. He missed an 8-foot putt on the tough 17th hole and took bogey, and his final bid to join the playoff was a long birdie attempt from the edge of the Valley of Sin.

It turned left of the hole, ending the latest bid at the holy grail of golf - winning all four professional majors in the same year.

"We gave it a great effort," Spieth said.

Spieth hung around for the playoff, and walked out to the course to give Johnson a hug before the 39-year-old received the silver claret jug.

Johnson rolled in a 30-foot birdie putt on the 18th hole in regulation to close with a 6-under 66. Leishman badly missed his birdie putt that would have won it, while Oosthuizen hit a perfect wedge to 5 feet for birdie and a 69 to join the playoff.

Johnson opened the four-hole playoff with two birdies. When he missed his 18-foot birdie putt on the final hole at No. 18, Oosthuizen had a 12-foot birdie putt to force sudden death. It caught the left edge of the cup, and Johnson was in tears.

He said when he won the 2007 Masters that he was just a normal guy from Cedar Rapids, Iowa. Now he has two majors among his 12 PGA Tour victories.

"I'm grateful. I'm humbled. I'm honored," Johnson said. "This is the birthplace of the game, and that jug means so much in sports. I felt great. I'm just in awe right now."