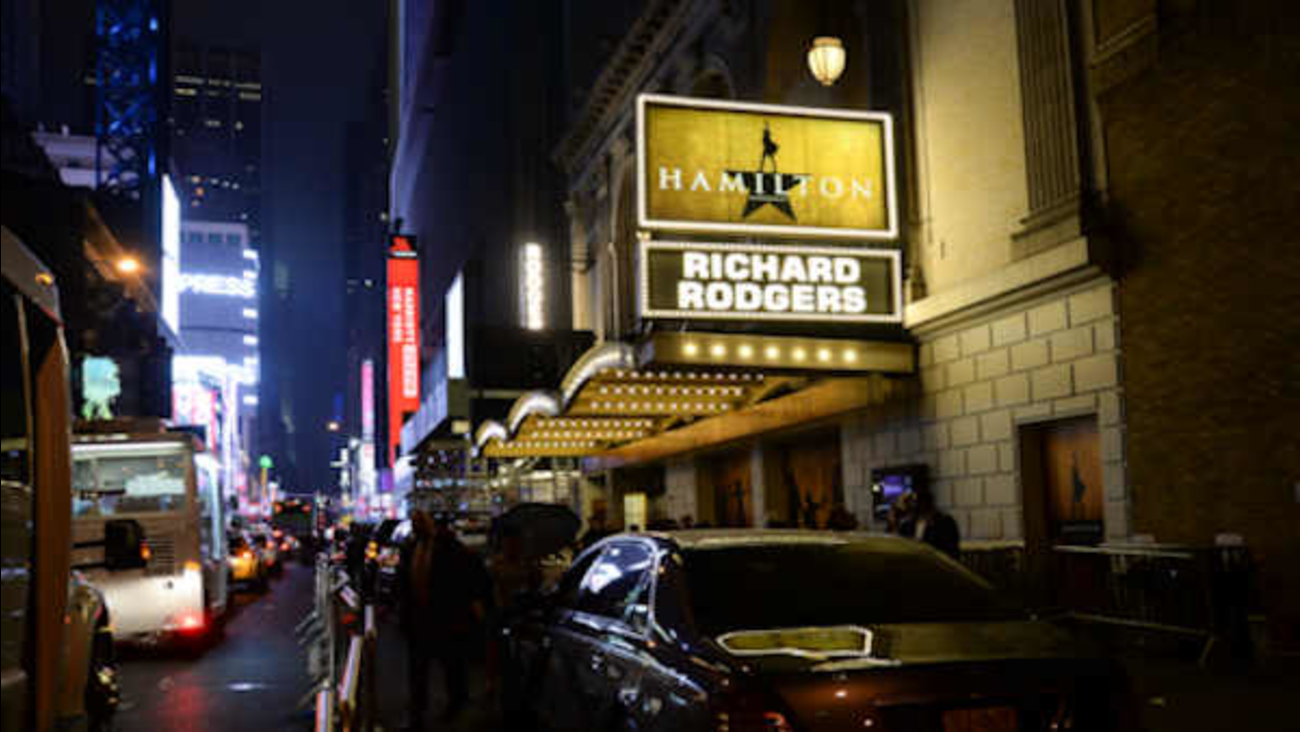 The "Hamilton" marquee at the Richard Rogers Theatre. (Photo by Evan Agostini/Invision/AP)

NEW YORK -- Two men were charged Friday with roles in Ponzi schemes that cheated wealthy people, including some who believed they were investing in ticket businesses for popular shows like an Adele concert and Broadway's "Hamilton."

Joseph Meli, 42, of Manhattan, and Steven Simmons, 48, of Wilton, Connecticut, were arrested on charges alleging they enticed wealthy individuals to make multi-million-dollar investments.

The Securities and Exchange Commission said in a civil complaint that the Ponzi schemes led people in 13 states to invest $81 million. Meli's scheme included investments in businesses that would buy large blocks of tickets for major concerts and musicals, authorities said.

The SEC said at least $51 million of the $81 million was diverted to pay off other investors or for personal expenses of coconspirators. Simmons was not charged in the civil complaint, but both men were charged criminally with conspiracy, securities fraud and wire fraud.

They were each freed on $1 million bail as U.S. Magistrate Judge James C. Francis IV rejected a prosecutor's request that they be held without bail.

Simmons declined to comment as he left Manhattan federal court, though his attorney noted he had no criminal record. Meli's attorneys called the accusations false.

"Meli allegedly made up out of whole cloth purported deals to buy Broadway tickets that he could later sell at a profit," Kim said. "But as alleged, Meli was just robbing Peter to pay Paul."

William F. Sweeney Jr., head of the FBI's New York office, said the defendants had joked about their Ponzi scheme, saying it was a "shell game."

"When fraudsters think they're going to get away with scheming investors out of money, they tend to forget that at some point the money will run out. It's the way a Ponzi scheme ends," he said.

According to a criminal complaint, the fraud stretched from November 2015 through January and the Ponzi schemes developed as investors demanded their money.

Meli spent over $200,000 at a luxury car dealership, the complaint said.

Assistant U.S. Attorney Joshua Naftalis had sought to have both men detained without bail. He said Simmons was a danger to the community because he told an FBI agent after his arrest he hoped Meli "put two slugs in the back of the cooperator's head."

Attorney Florian Miedel, representing Simmons, told the magistrate judge that Simmons had made an "ill-advised, jokey comment" but had no criminal history.

The prosecutor said Meli was a risk to flee, citing a statement heard by investigators Thursday in which he claimed he was draining his bank account and had gotten together his passport and valuables. Naftalis said that comment led investigators to make the arrests Friday, earlier than they had planned.

Michael Bowen, an attorney representing Meli, said his client drained his account Thursday to pay Bowen's law firm to represent him after learning he was under investigation. He said Meli also had turned over his passport and valuables to the law firm for safekeeping.

In a statement, Bowen and attorney Marc Kasowitz said the complaint against Meli was not true and he will "vigorously defend against the criminal charges."